​Excerpt From Bruce Lee Gallanter Review
“... This disc starts off with a suspense-filled vibe, eerie floating sounds, hushed cello, simmering reeds, ghostly trumpet and soft cerebral percussion. Things build ever so slowly, carefully, one or two instruments at a time… This is yet another great disc from the Leap of Faith series...”

"...As the Leap of Faith story unfolds, we have some ensemble variations which gel deeply and bear repeating.  This is the third performance by this particular quintet version of Leap of Faith.  ...."

Leap of Faith is the core trio of the Leap of Faith Orchestra (LOFO) comprised of PEK on clarinets, saxophones, double reeds & flutes, Glynis Lomon on cello, aquasonic & voice, and Yuri Zbitnov on drums & percussion.  The ensemble is based in Boston and dates back to the early 90s.  We utilize a huge arsenal of additional Evil Clown instruments to improvise long works featuring transformations across highly varied sonorities.   The ensemble has always been highly modular and our many recordings feature the core trio in dozens of configurations with a huge list of guests.

For this performance the core trio is joined by Jim Warshauer (reeds) and Eric Dahlman (trumpet, overtone voice).  Eric and Jim have a long history together and joined the Evil Clown Roster towards the beginning of 2018 as I was raising the ensemble for Leap of Faith Orchestra performs Cosmological Horizons by PEK (which was performed in July).

I love it when great players come to Evil Clown in groups with long prior histories.  Their common experience enhances the deep roots of many of our various ensemble permutations.  Eric and Jim fit in right away and have each performed on over half a dozen sets with Leap of Faith, Leap of Faith Orchestra and Turbulence in the last year!

As the Leap of Faith story unfolds, we have some ensemble variations which gel deeply and bear repeating.  This is the third performance by this particular quintet version of Leap of Faith.  See below for links to audio and video of the first two:  Proof Theory, and Potential and Actual Infinities.  There are also other performances in larger units (including the scored performances of Cosmological Horizons and The Photon Epoch) which feature Eric and Jim.

Subscribe to https://www.youtube.com/channel/UClfRlTeeHnSxRsJTkFakiJw/videos for notifications on future LIVE STREAMING events.

LEAP OF FAITH with PEK / GLYNIS LOMON / JIM WARSHAUER / ERIC DAHLMAN / YURI ZBITNOV - Crumpled Dimensions (Evil Clown 9229; USA) Featuring PEK on clarinet, sopranino, alto, tenor & bass saxes, musette, flute, sheng & percussion, Glynis Lomon on cello, aquasonic & voice, Jim Warshauer on alto & tenor sax, bass clarinet, whistles, etc., Eric Dahlman on trumpet, game calls, synth & piano and Yuri Zbitnov on drums & percussion. Leap of Faith is a Boston-area based collective led by multi-reeds wizard, Dave PEK. There are two other key members here, cellist Glynis Lomon and Yuri Zbitnov. The other two musicians here, Jim Warshauer and Eric Dahlmen can be found on a handful of other Evil Clown releases. This disc was recorded live at the Outpost in Cambridge, MA in September of 2019. This disc starts off with a suspense-filled vibe, eerie floating sounds, hushed cello, simmering reeds, ghostly trumpet and soft cerebral percussion. Things build ever so slowly, carefully, one or two instruments at a time. There are a number of inspired moments here: a terrific trumpet solo erupts early on and much strong interplay between different instruments. One the main things I dig about anything then PEK and his many Leap of Faith projects is that each member gets a chance to stretch out and is always respectful of who else is playing at the time. Solos often emerge out different group interaction, as each member shifts between the different instruments of their choice, one or two at a time. One great section is a phenomenal drum solo from longtime LoF member, Yuri Zbitnov. Word is that Mr. Zbitnov, who is often the magic ingredient, the rudder of USS Leap of Faith, is soon to retire from the band. He will sorely missed. This is yet another great disc from the Leap of Faith series. 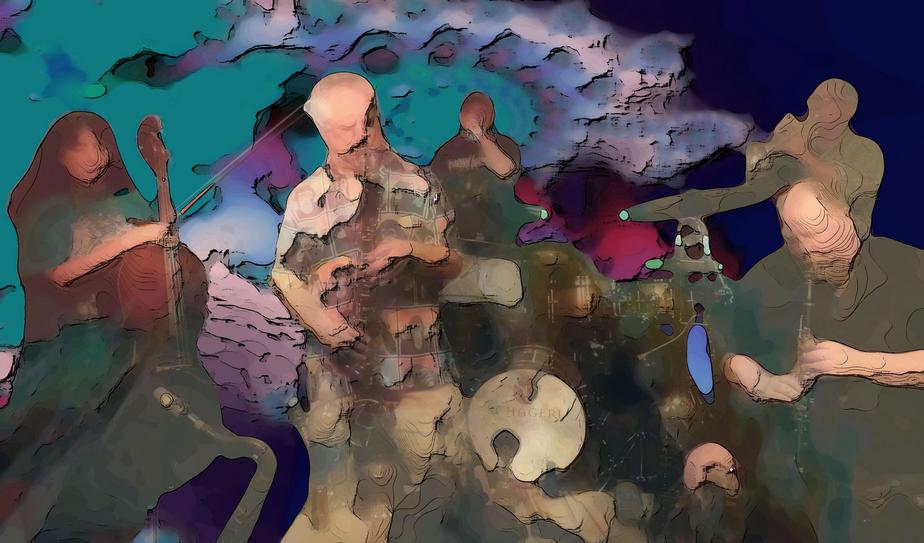 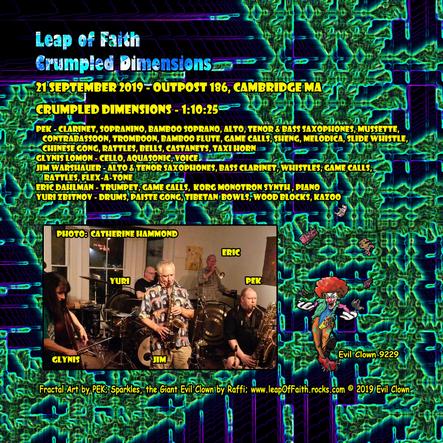 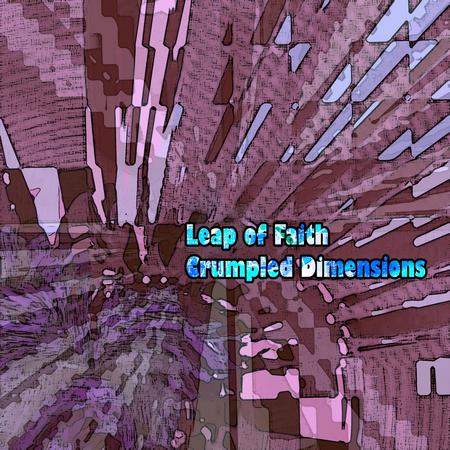