​Excerpt from PEK Liner Notes:
“… When an interesting combination of players does a very successful session, I look to schedule it as a recurring ensemble.  Sometimes, as in this case, that means a different band name for the project, and sometimes it means a recurring edition of Leap of Faith, or one of the other bands.  We’ll see if Albey and Jane end up in Boston more permanently, but for as long as they are available, we’ll try to schedule 3 or 4 Axioms sets per year and have Albey appear with the other Evil Clown projects.  …”

Albey onBass and Jane SpokenWord were associated with Cecil Taylor's final trio and big band for about 10 years. Following Cecil's passing they were in Boston for about a year in 2017-2018 and Albey performed a dozen or so times with Leap of Faith, Metal Chaos Ensemble and Turbulence. In November 2018, Albey and I had been discussing doing a duet, but we decided to include Jane’s poetry as a trio. This new Evil Clown Ensemble we called Axioms, which to me is an apt name for a band which features words - something that most Evil Clown sessions do not.

These two meanings bridge the distance between poetic discussion of truths and abstract musical structures.

A few months later, about a year before the virus, Albey and Jane moved to New Orleans, so the original session from December 2018, Manifestations, had been our only recording to date.

Back in July 2021, soon after I reopened Evil Clown Headquarters for YouTube streaming performances / recordings (following the time when musicians could be fully vaccinated for the virus), Albey reached out saying that he and Jane would be in the Boston area for a few weeks, and we recorded Hypotheses a few days later. Nowadays, they are back and forth between Boston and New York, but they are here pretty often. I try and put together sessions around when Albey will be in town on Thursdays or Saturdays when Joel the house engineer is available to do the mix. This set, Meaning and Truth follows two more excellent performances from October 2021 (Discourse) and January 2022 (Illusion and Reality). We’ve settled on a quartet for this project: Albey and Jane with PEK and Glynis.

It’s a duet of duets: Albey and Jane have done this poetry project with many other notable improvisors for decades, and Glynis and I have had Leap of Faith since the early 90s. As always, when skilled and seasoned improvisors play together for a long period of time, deep psychic connections are established. When this duet of duets situation occurs, the units act together in multiple levels of deep connection. By now, Albey, Glynis and I have played together many times in Leap of Faith and other Evil Clown projects.

When an interesting combination of players does a very successful session, I look to schedule it as a recurring ensemble. Sometimes, as in this case, that means a different band name for the project, and sometimes it means a recurring edition of Leap of Faith, or one of the other bands. We’ll see if Albey and Jane end up in Boston more permanently, but for as long as they are available we’ll try to schedule 3 or 4 Axioms sets per year and have Albey appear with the other Evil Clown projects.
An early core Leap of Faith core unit was PEK and Glynis with bassist Craig Schildhauer. This version of Leap of Faith was around for 3 or 4 years in the mid-90s. While doing this performance I kept thinking back to this Leap of Faith configuration from nearly 30 years ago. Had that trio done a set with an excellent poet such as Jane, we would have a much earlier document of a two string players / one horn player ensemble with a guest poet.

IMHO this is the strongest Axioms set so far… the interplay between Glynis and Albey is getting telepathic… the instrumental support for Jane’s words is outstanding… I like this performance and I think you will too... 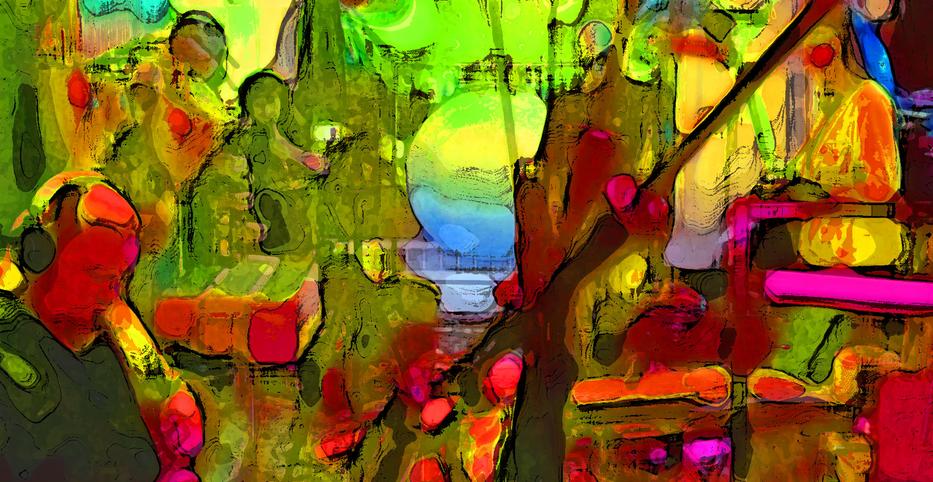 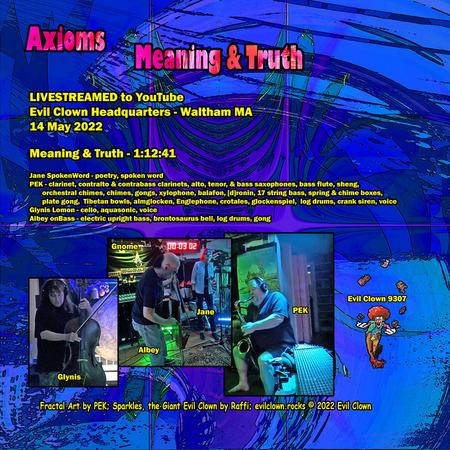 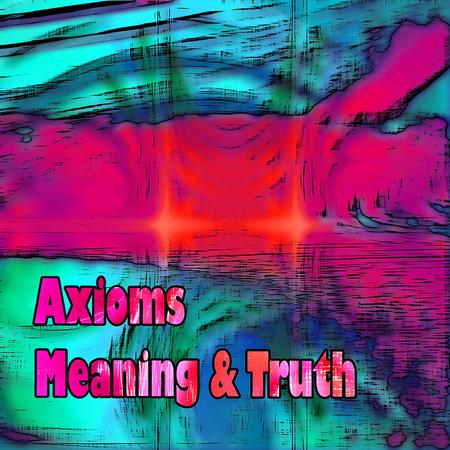