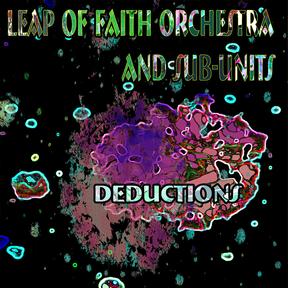 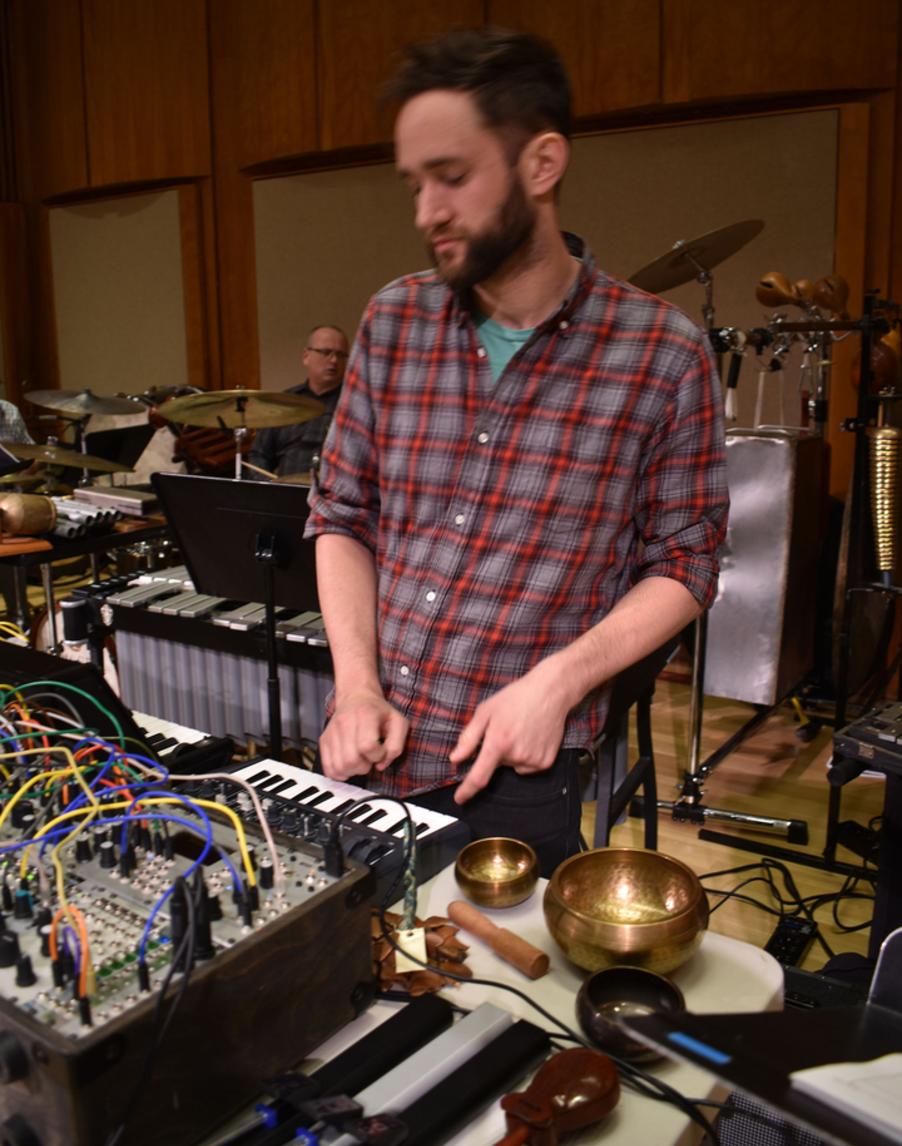 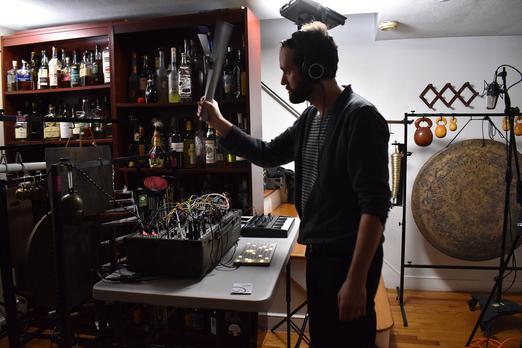 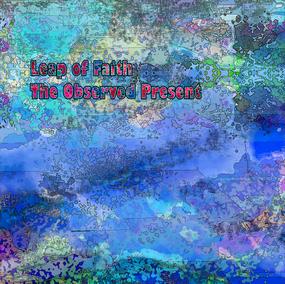 ​Originally trained as an electric bassist in funk and jazz in high school, Eric’s interest in new music began after studying at Northeastern’s Music Technology program, composing acousmatic music on the computer, with an interest in mixed electronic works for live performance, as well as algorithmic and chance operations. While at Northeastern, Eric honed his improvisation skills in the Electronic Music Ensemble, performing pieces such as John Zorn’s "Cobra" and Stockhausen’s "From the Seven Days". 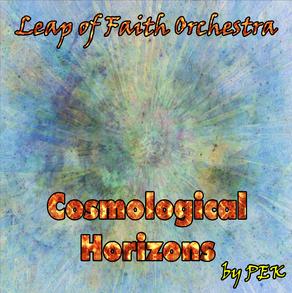 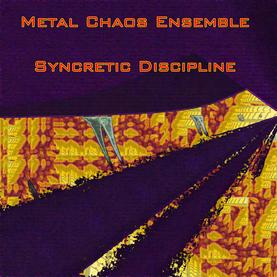 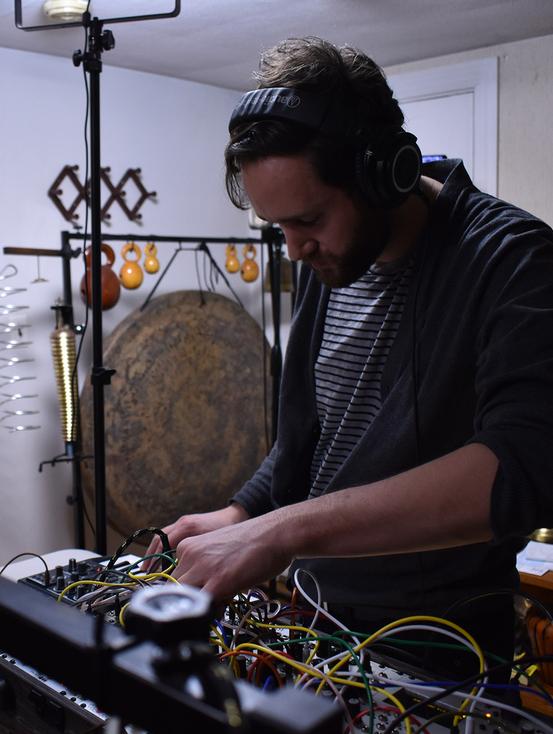 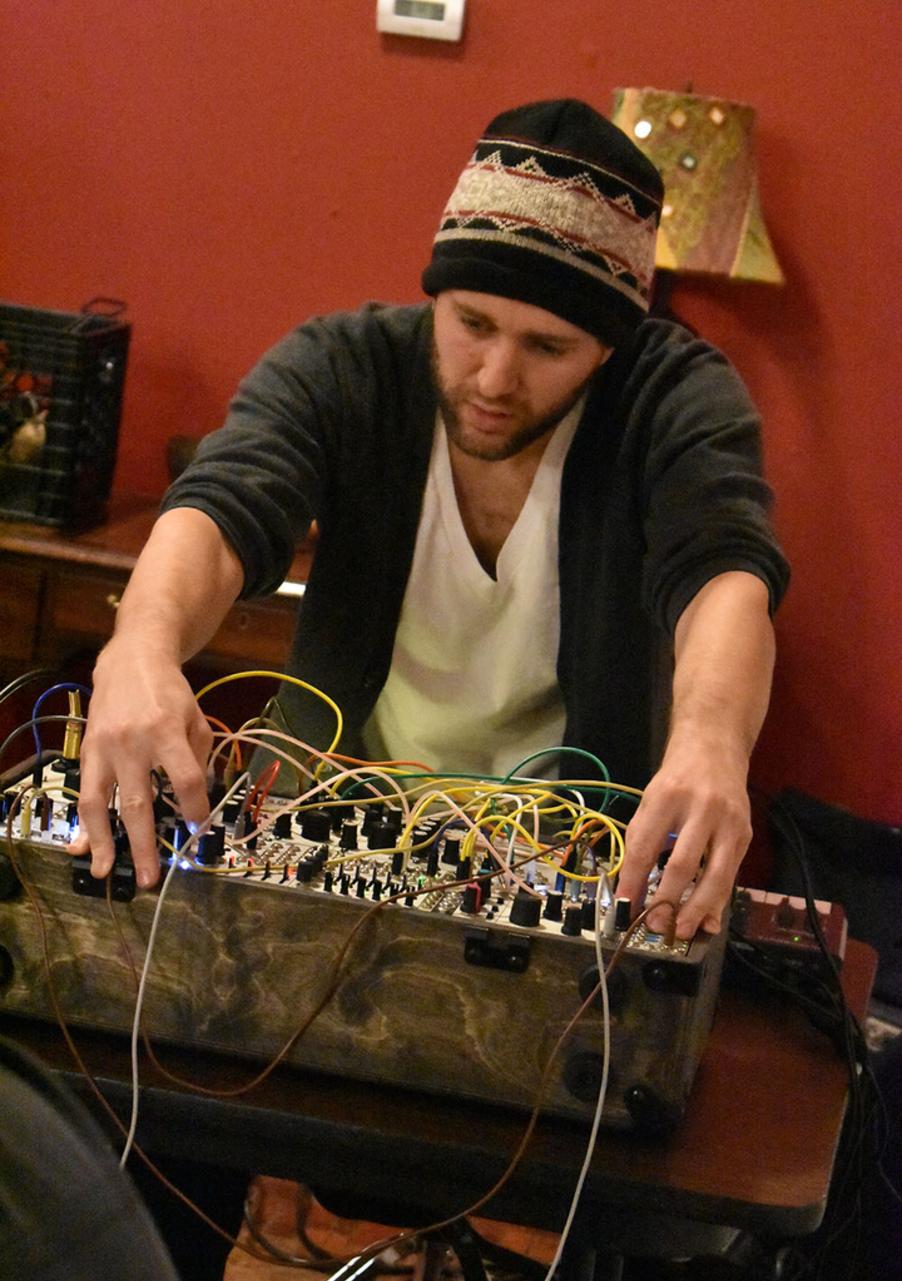 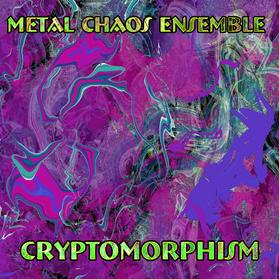 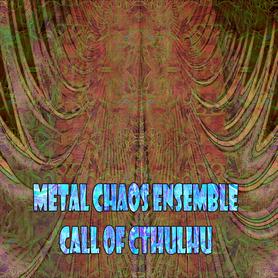 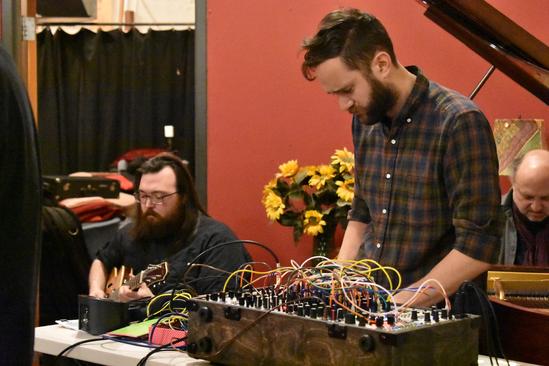 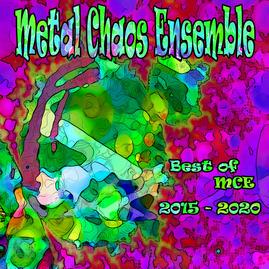 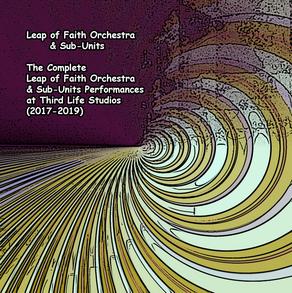 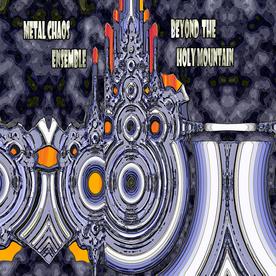 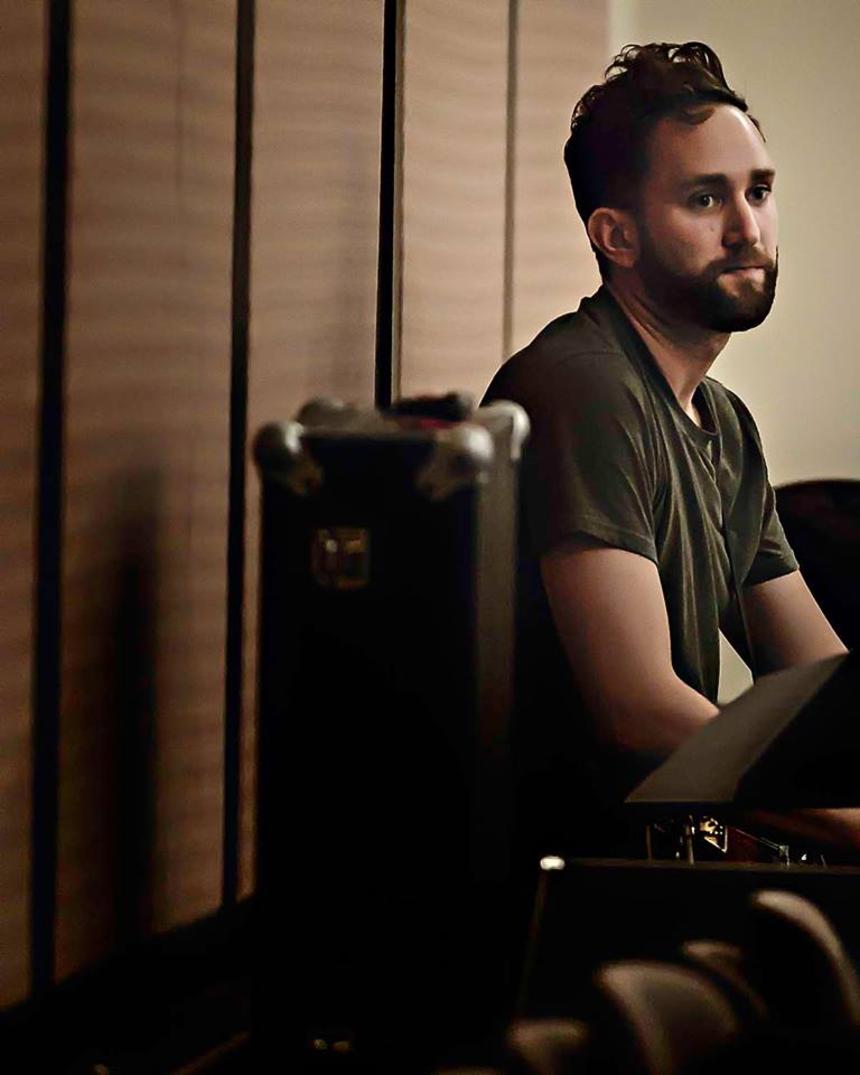 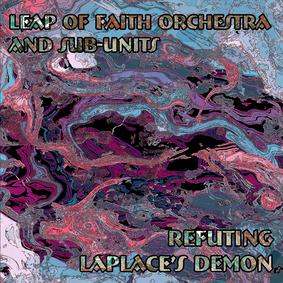 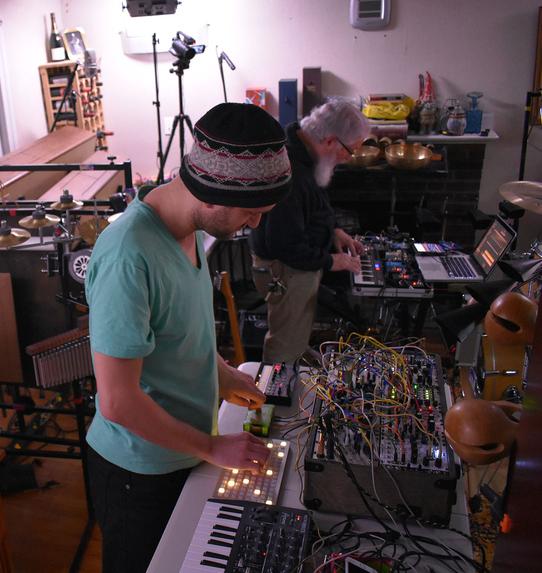 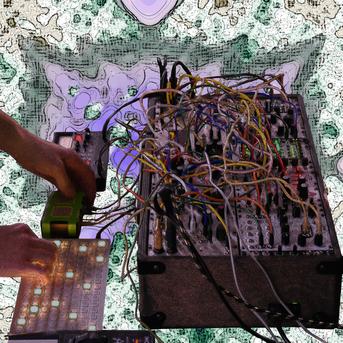 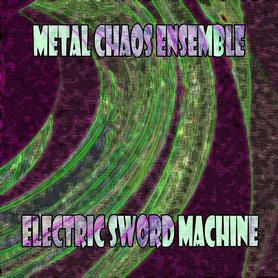 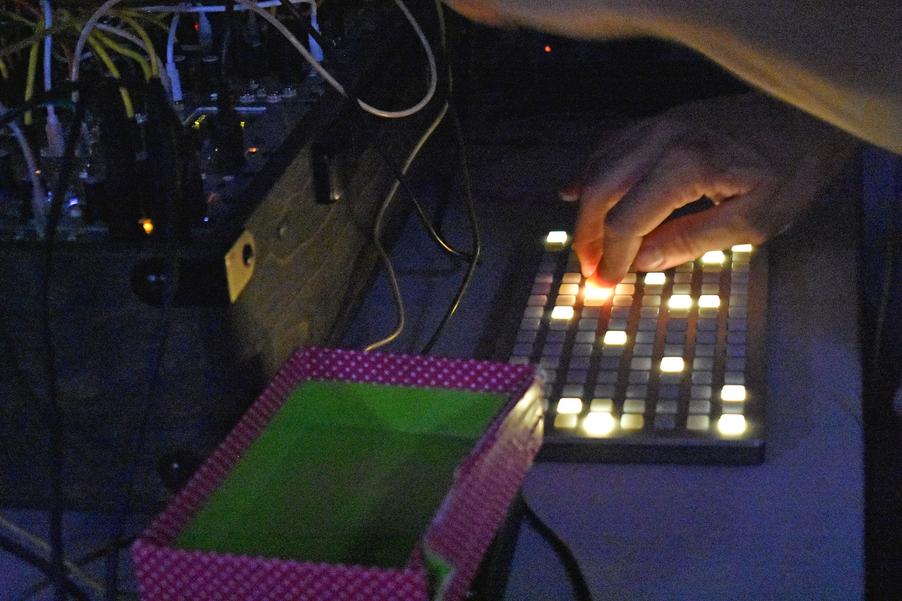 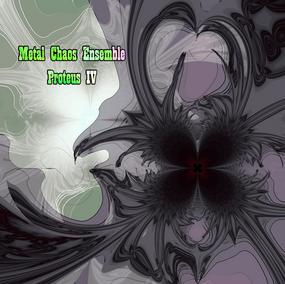 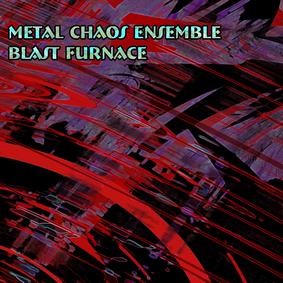 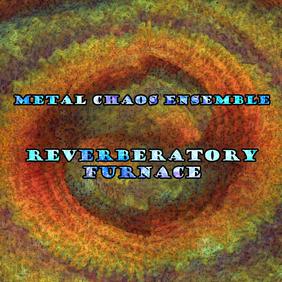 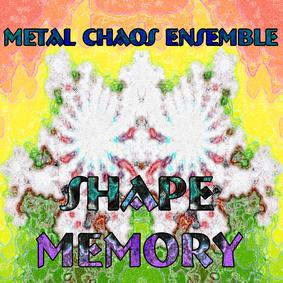 ​​After college, Eric began playing mandolin as a founding member of the improv collective Fable Grazer. Craving more of the sonic flexibility of his earlier computer music work, Eric was drawn to modular synthesizers in 2012, which has became his primary instrument. He records and performs solo work under the moniker Machine Machine that are largely unedited, improvised recordings. Last year, Eric went on his first nation-wide tour as the synth player in the psychedelic electronic folk trio Vilicon Sally. 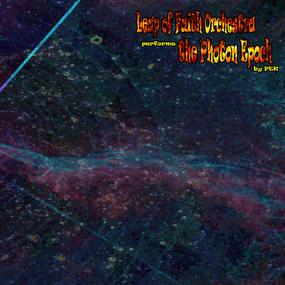 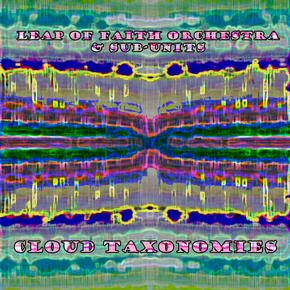 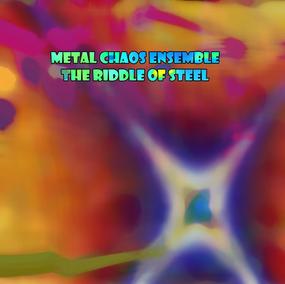