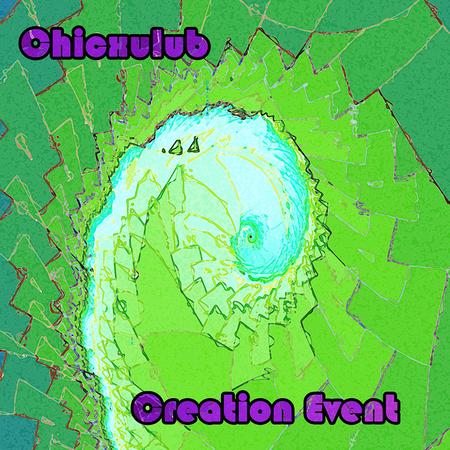 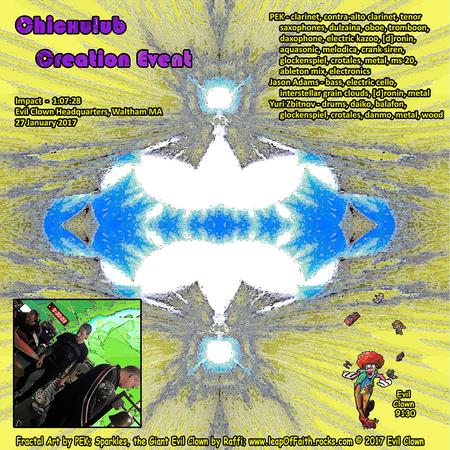 CHICXULUB [PEK / JASON ADAMS / YURI ZBITNOV] - Creation Event (Evil Clown 9130; USA) Chicxulub features Dave PEK on clarinets, double reeds, sax, daxophone, metals & percussion; Jason Adams on bass, electric cello & interstellar grain clouds (?) and Yuri Zbitnov on drums, percussion & balafon. Outside of a couple solo discs by PEK, this is the smallest number of participants of any of the two dozen LoF or offshoot discs that I’ve reviewed so far. This disc was recorded at Evil Clown Headquarters in January of this year (2017), just three months ago. From the look and list of instruments found in EC Headquarters, there are dozens (100’s?) of instruments to choose from: avalanche of reeds, percussion, electronics, rare and uncommon instruments.

“Impact” is a set-long single piece of some 67 minutes. Layers of resonating gongs, cymbals and assorted metals, near ominous in their dark, ritualistic sound. Is that an electric kazoo, are those sirens, gamelan gongs?!? It is quite unnerving yet somehow it does a fine job of transporting us to another world, weird yet exotic in its own way.

Industrial music?!? Eventually, the throbbing beast calms down to a more hypnotic, ritualistic groove. There is a long section of somber percussion: glockenspiel, bells, glimmering cymbals or electronic reverberations?!?  Dinosaurs conversing? Godzilla vs. Gidra?!? PEK cuts loose on a large, deep sax in the second half, blasting with an immense, rather scary sound… but it doesn’t last for long as a more restrained, trance-inducing throb takes over, the beast calms down to a more tame segment. Is that a tribal, dance groove we hear towards the end?!?! It sure sounds that way and it sure feels good to me. Eventually settling into a long, coming in for a landing and a dream-like, space-music conclusion. - Bruce Lee Gallanter, DMG 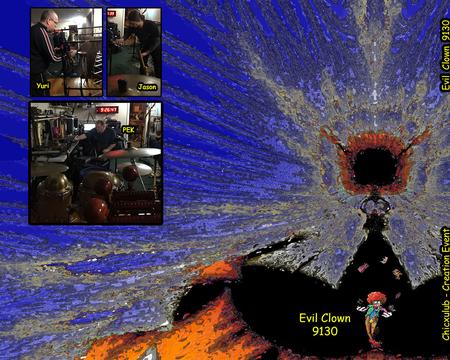