Leap of Faith is the core trio of the Leap of Faith Orchestra (LOFO) comprised of PEK on clarinets, saxophones, clarinets & flutes, Glynis Lomon on cello, aquasonic & voice, and Yuri Zbitnov on drums & percussion. The ensemble is based in Boston and dates back to the early 90s. We utilize a huge arsenal of additional Evil Clown instruments to improvise long works featuring transformations across highly varied sonorities. The ensemble has always been highly modular and our many recordings feature the core trio in dozens of configurations with a huge list of guests.

In the long history of Leap of Faith we have performed in dozens of configurations ranging from 20 plus improvising orchestra to duet with just PEK (clarinets, saxophones & double reeds) and Glynis Lomon (cello, aquasonic, voice) on a few occasions. We performed with this duet a few times in the early period (90s & early 00s), but only once in the contemporary period since 2015 – a fifteen minute improvisation at the May 5th Third Life Leap of Faith Orchestra & Sub-Units performance. When deciding what group to bring to the July 21st Outpost 186 set, I felt it was nigh time to do a full length duet set…

One thing I have observed for the last several years while the overall Leap of Faith project has gained steam is that larger ensembles follow the core unit like a bellwether in navigating the form of our improvisations. Since we are developing an improvisation orchestra, I tend to build ensembles that have at least 5 or 6 performers, so there are not that many performances by very small ensembles apart from some duets that Yuri and I have done as Metal Chaos Ensemble and some sets with the core trio alone. When we do small bands, the core which drives the larger units is exposed and the continuing development of the core is apparent.

This particular duet was performed a week after the Leap of Faith Orchestra performed Cosmological Horizons, a major work for improvisation orchestra guided by a graphic frame notation score by PEK. Glynis and I performed this duet still charged from the excellent performance of a LOFO major work… The exposed core for this set is supercharged…

Categories of Being and Their Relations
streaming, downloads and CD mail Order

Categories of Being and Their Relations 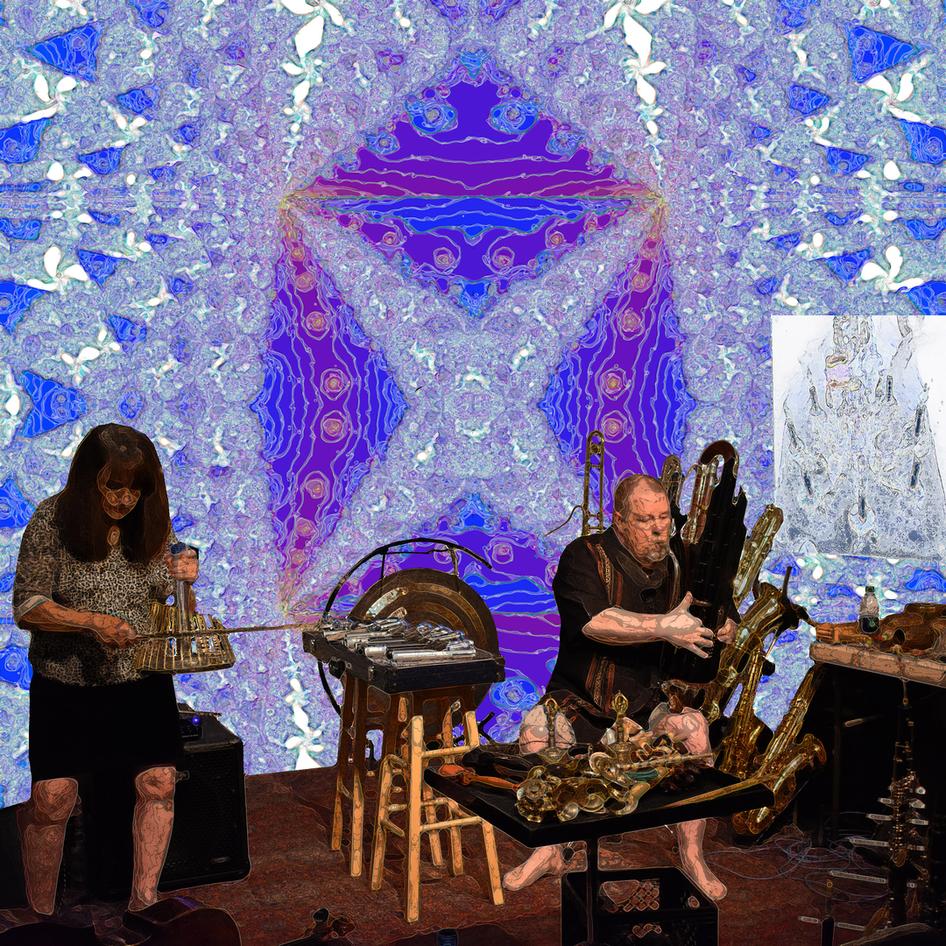 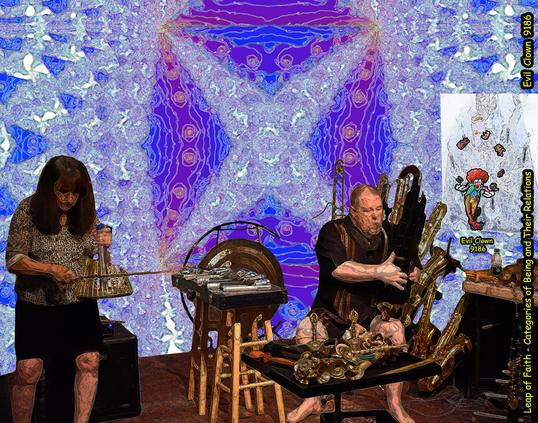 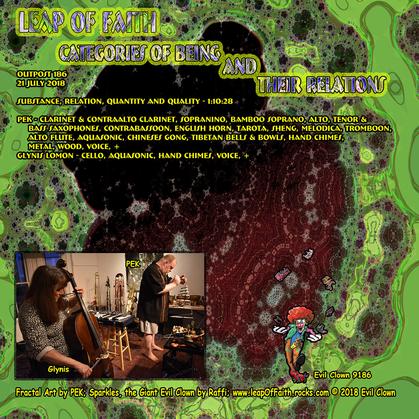 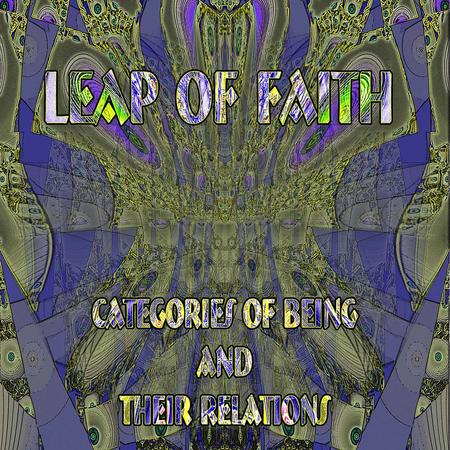