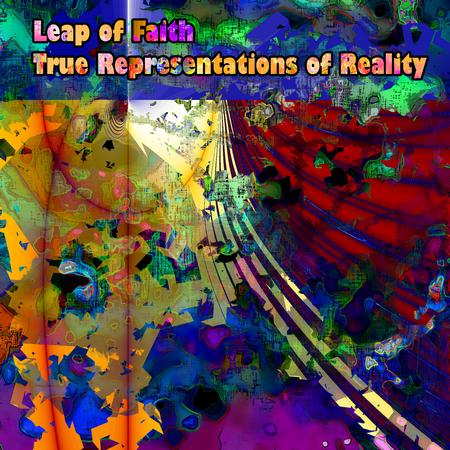 LEAP OF FAITH with PEK / GLYNIS LOMON / ERIC ZINMAN - True Representations of Reality (Evil Clown 9247; USA) Featuring PEK on saxes, piccolo, clarinets, mussette, bassoon, accordion, melodica & sheng; Glynis Lomon on cello, aquasonic & voice and Eric Zinman on prepared & regular piano, synth, & percussion. Since the pandemic shut down & shut in many folks around the world, longtime ongoing ensembles like Leap of Faith had to cancel many gigs and mostly record at Evil Clown Headquarters. Of the last batch of five Evil Clown label discs, this is the only recorded live at Studio 234 in Cambridge, MA. Leap of Faith have lost two longtime members over the past couple of years, hence their personnel has also thinned out a bit. This is a special version of LoF with three elder members: PEK & Glynis Lomon, who are on practically every Evil Clown disc plus the great free/jazz pianist, Eric Zinman. I’ve become a big fan of the under-recognized piano hero, Zinman, hearing him with Linda Sharrock, Ted Daniel & Francois Tusques, over the past decade.

As is often the case, this disc starts off quietly with just melodica, cello, some ghost-like voices and percussion. The trio take their time to stretch and take long & windings solos: cello, bassoon and later piano with occasional percussion sections. In the second long piece we hear some inspired free piano and different bursts of interaction from the cello and assorted reeds. Later there are sections when we hear a swarm of strange vocals underlined by piano, bits of sax and skeletal percussion. Things get more interesting when we hear some intense free-for-all criss-crossing outbursts later on in the disc. This is one of the better Leap of Faith discs with a number of truly explosive moments throughout the long & twisted journey. Great Googely Moogely, Batman, this is some mighty crazy sh*t!!

Leap of Faith is the core duet of the Leap of Faith Orchestra (LOFO) comprised of PEK on clarinets, saxophones, double reeds & flutes, and Glynis Lomon on cello, aquasonic & voice.  The ensemble is based in Boston and dates back to the early 90s.  We utilize a huge arsenal of additional Evil Clown instruments to improvise long works featuring transformations across highly varied sonorities.   At times, the core unit has been a trio or even a quartet.  The longest running core unit was comprised of PEK, Glynis and drummer Yuri Zbitnov, who played for the last couple of years of the archival period and the first 5 years of the reboot starting in 2015.  The ensemble has always been highly modular and our many recordings (well over 100) feature the various core units in dozens of configurations with a huge list of guests and occasionally as only the core unit with no guests.

Evil Clown was on the path to a very busy 2020.  We had a bunch of great sessions in January, February and part of March before Covid 19 required me to cancel what would have been a bunch more great sessions in March, April and May…  Yikes!!!  After catching up on a bunch of old Evil Clown business stuff for a month and laying really low for a month (getting the most rest I have had in years) I decided to do a Leap of Faith trio at Eric Zinman’s house AKA Studio 234.  We recorded and broadcast live to Facebook.  It was amazing to play with others after my longest musical pause in years.

Eric Zinman on piano, synthesizer and percussion is our guest for this performance.   I played with Eric within months of arriving in Boston for Berklee in 1989 and in various settings for another 10 years during Leap of Faith’s original period.  Glynis played with Eric even before I did since they both are from the Boston area originally and both studied with Bill Dixon at Bennington.  They have another trio with the brilliant drummer Syd Smart called New Language Collaborative which has been active now for over 10 years.

Eric is the regular pianist for Leap of Faith Orchestra performances and has also performed on Leap of Faith, String Theory, Sub-Unit No.1 and Metal Chaos Ensemble sessions with smaller ensembles.   Quite some time ago we scheduled a trio session, and then had a hell of a time actually doing it, canceling and rescheduling numerous times, the last one this March due to the Corona Virus.  One of those sessions turned into an excellent duet with Eric & me performing 11/16/2019 at Outpost 186 (Sub-Unit No.1:  Potential and Kinetic Energies) due to a last second family conflict for Glynis.

The anticipation of a long-planned session along with our first musical expressions performed with others in months really got us engaged for this set.   I think you will dig the result!  Check it out!!

Subscribe to https://www.youtube.com/channel/UClfRlTeeHnSxRsJTkFakiJw/videos for notifications on future LIVE STREAMING events.​ 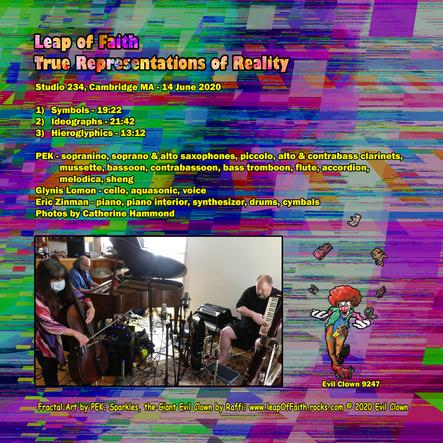 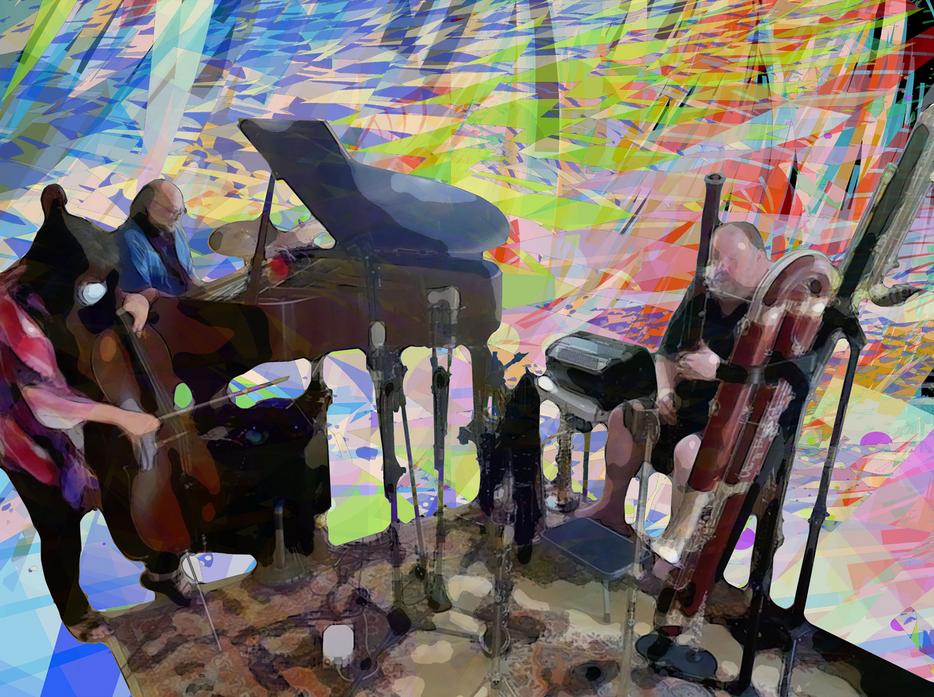 Downtown Music Gallery
“… This is one of the better Leap of Faith discs with a number of truly explosive moments throughout the long & twisted journey. Great Googely Moogely, Batman, this is some mighty crazy sh*t!!”

"… The anticipation of a long-planned session along with our first musical expressions performed with others in months really got us engaged for this set.   I think you will dig the result!  Check it out!! ”

​"The core duet of the Leap of Faith Orchestra (LOFO) comprised of PEK on clarinets, saxophones, clarinets & flutes, and Glynis Lomon on cello, aquasonic & voice is joined by pianist Eric Zinman performing inside and out of the piano, and also on synthesizer, drums & percussion, for three improvisations recorded live in the studio in Cambridge, MA in 2020."  - Squidco Staff