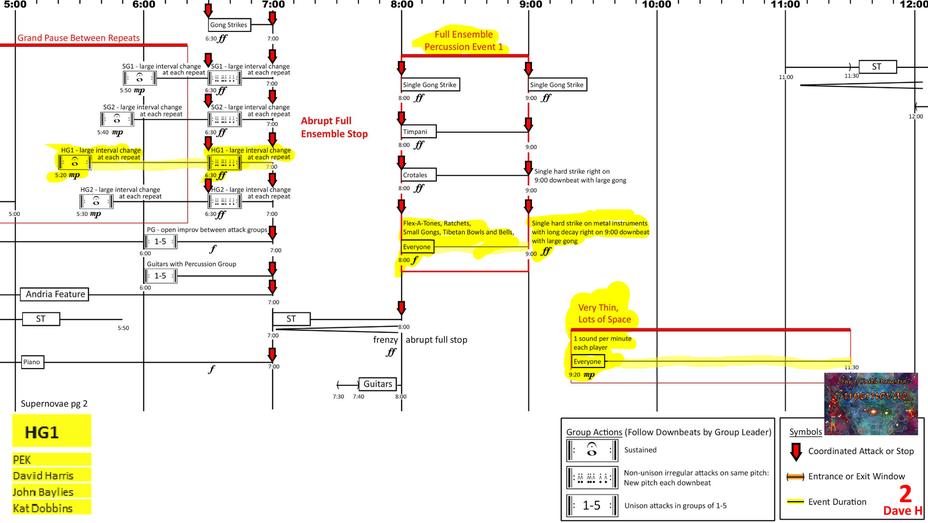 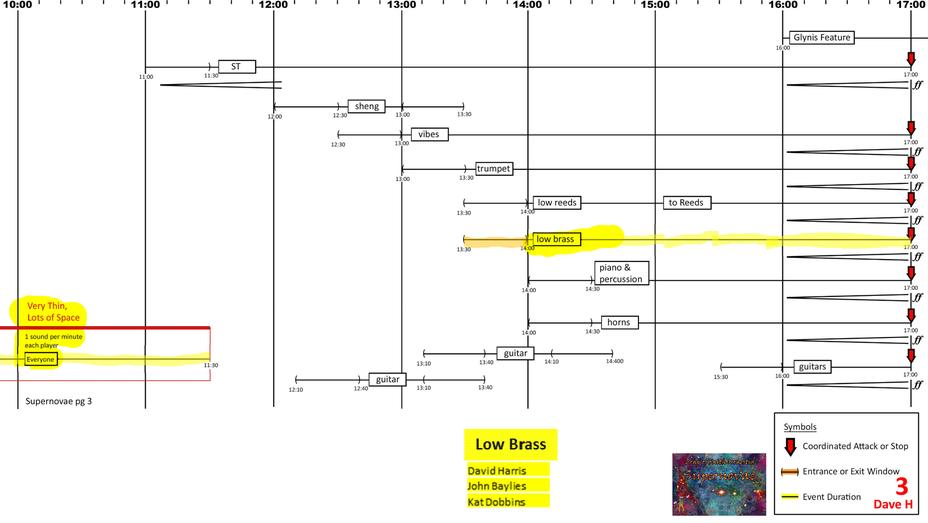 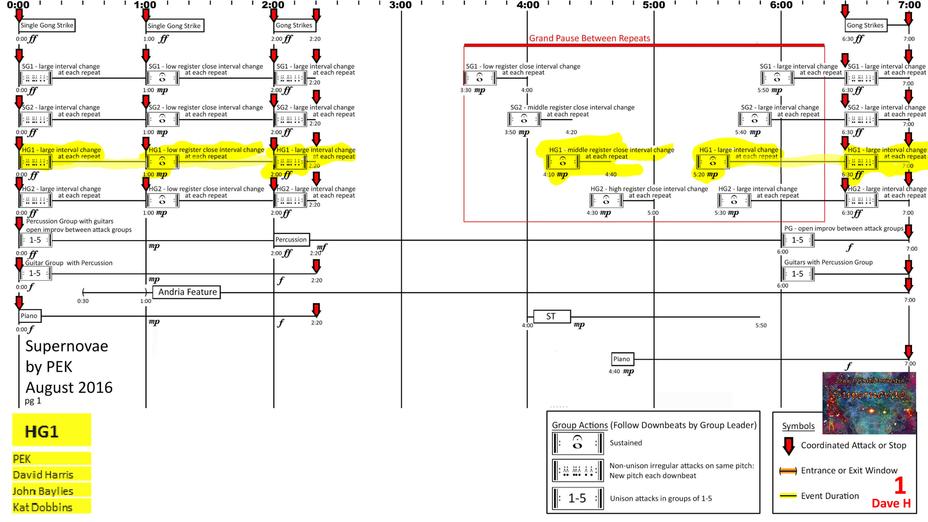 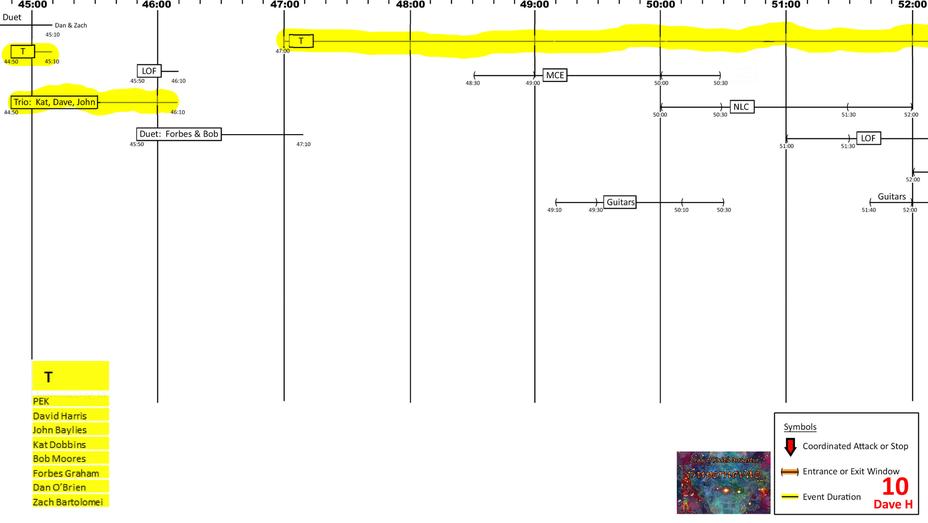 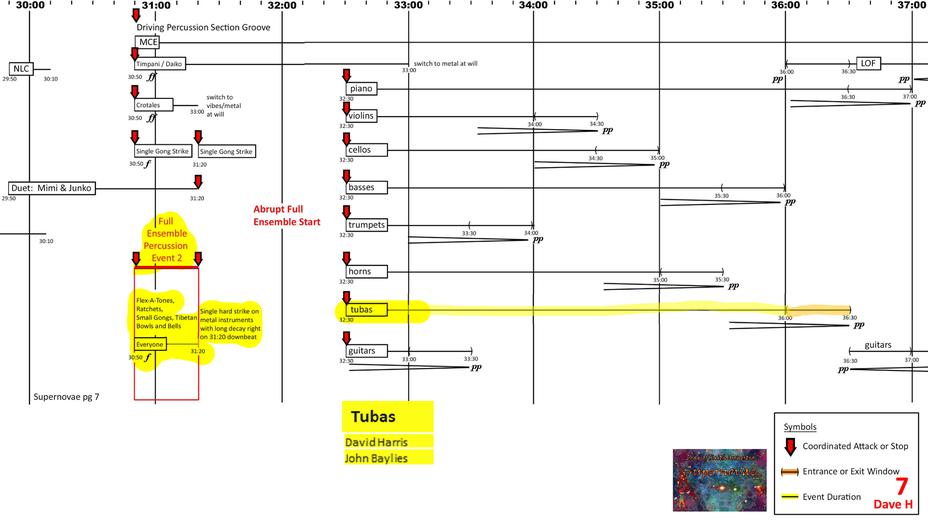 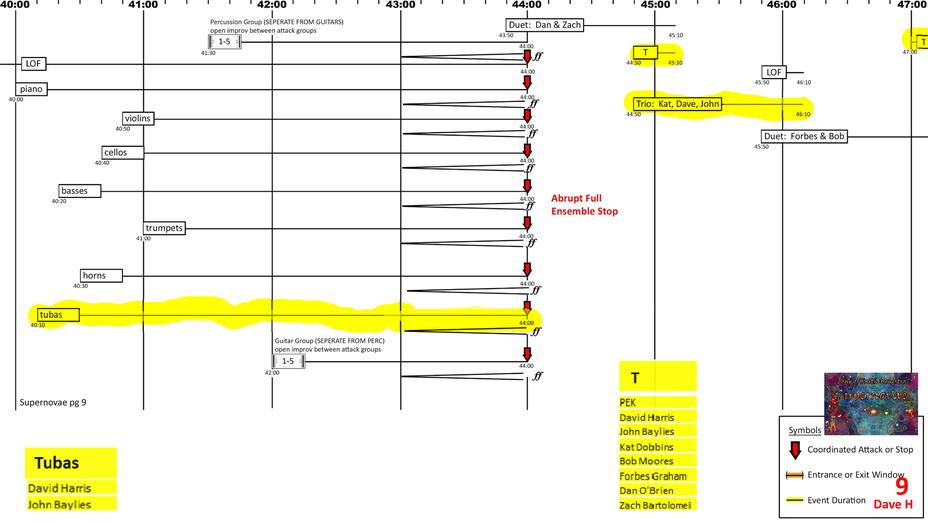 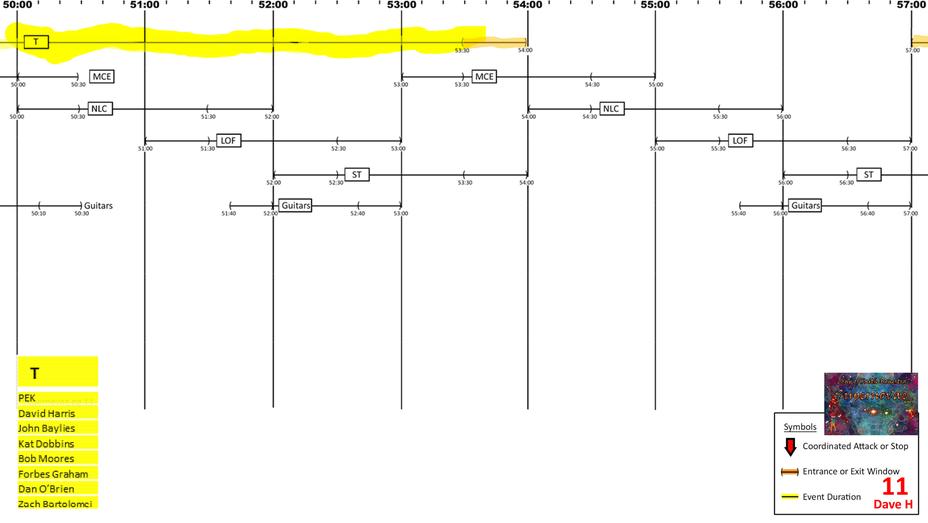 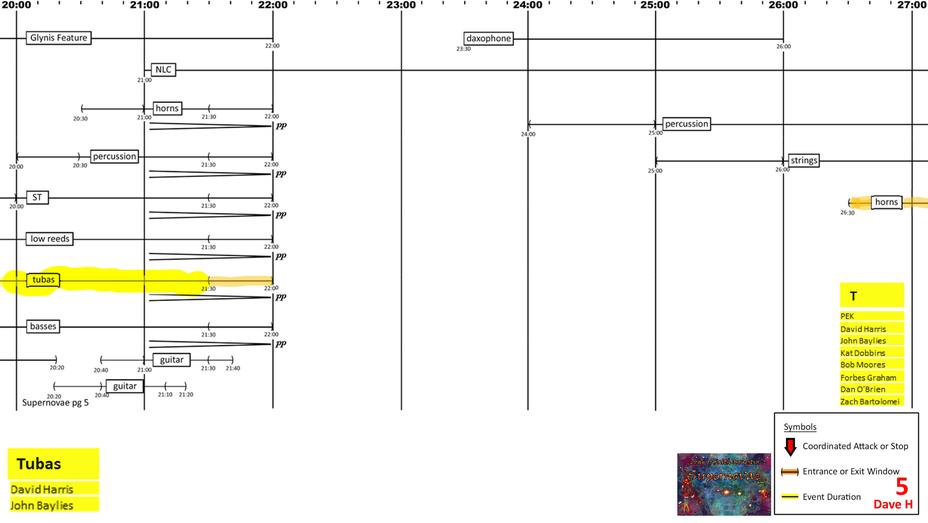 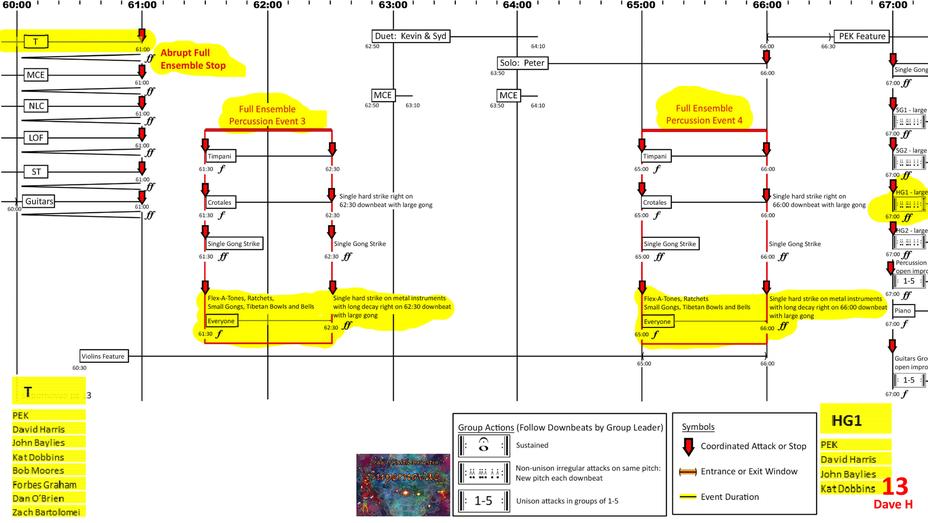 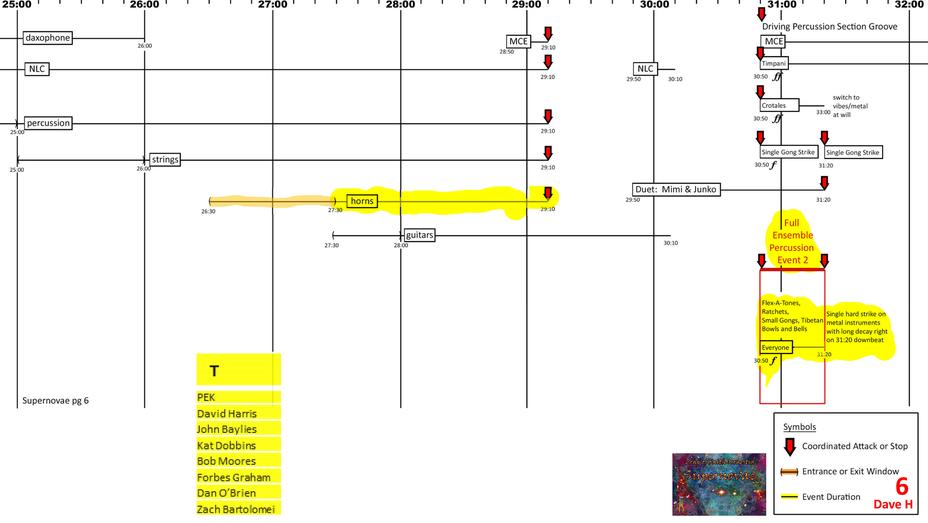 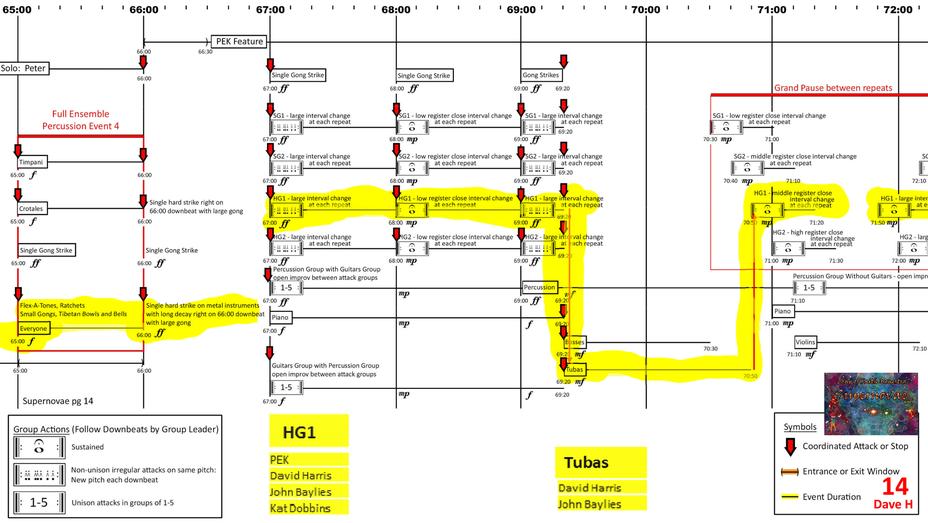 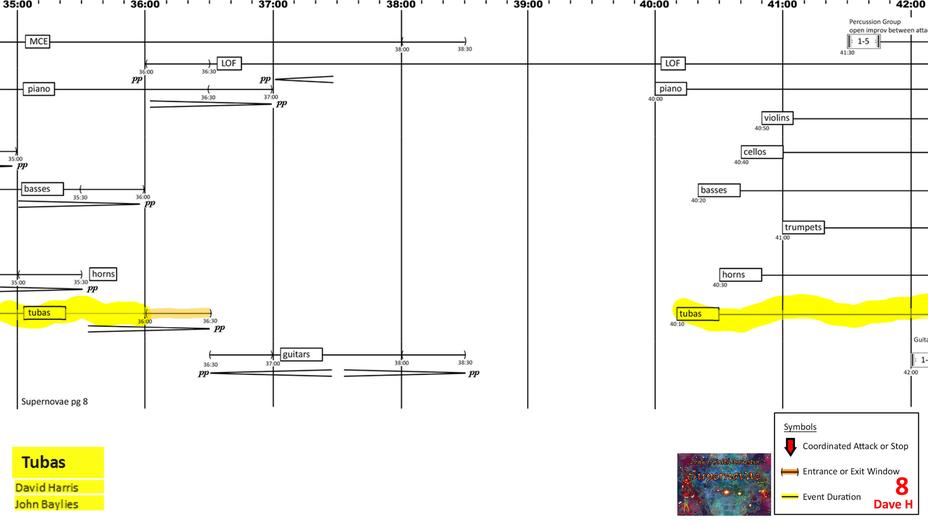 Supernovae uses a device called Frame Notation where written English descriptions of the overall sonority desired and simple graphic symbols are given durations for each player on their part along with direction on when to play and when not to play. The directions are put in little boxes called frames which are arranged on a timeline and are simple enough to be immediately understood by the performers.  Horizontal lines, called Duration Bars, extend across the page indicating when each Event (the Frame + the Duration Bar) begins and ends.  An Event can be intended for a defined group within the ensemble (for example, Metal Chaos Ensemble or MCE), a custom group (for example, Tubas), or an individual (for example, Andria Feature).

The below copy of the score is actually a part for Dave Harris (one of the tuba players):  It has been annotated with Hiliters so that Dave's instructions stand out.  He can clearly see his instructions, but can also see the big picture, enabling far more knowledge about the pending actions of the rest of the ensemble than typical in pure improvisation.  Many of the players belong to multiple defined groups (for Example, Glynis is in LOF, NLC and ST).  When multiple Events are simultaneously indicated for a player on their part, she is free to select from the options.

The players track the elapsed time on a very large sports clock. There is no melodic, harmonic or rhythmic information specified.  This system allows me to compose detailed Ensemble Events without having to notate pitches or rhythms which would require significant rehearsal to accurately achieve.   I did, however prepare a memo - a guide to reading the score - which I distributed a couple of weeks in advance of the performance.  Reading the Notes and following the score together clearly explains the meaning of all of the symbols. 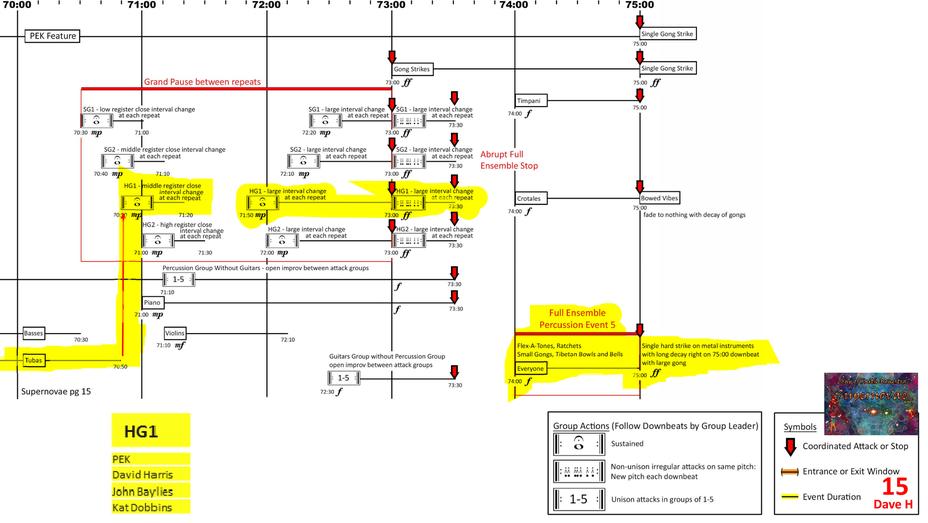 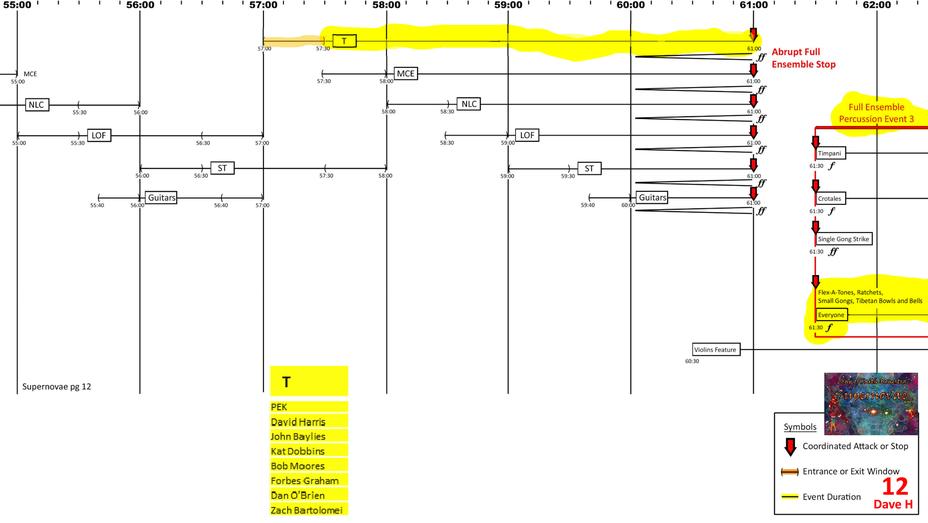 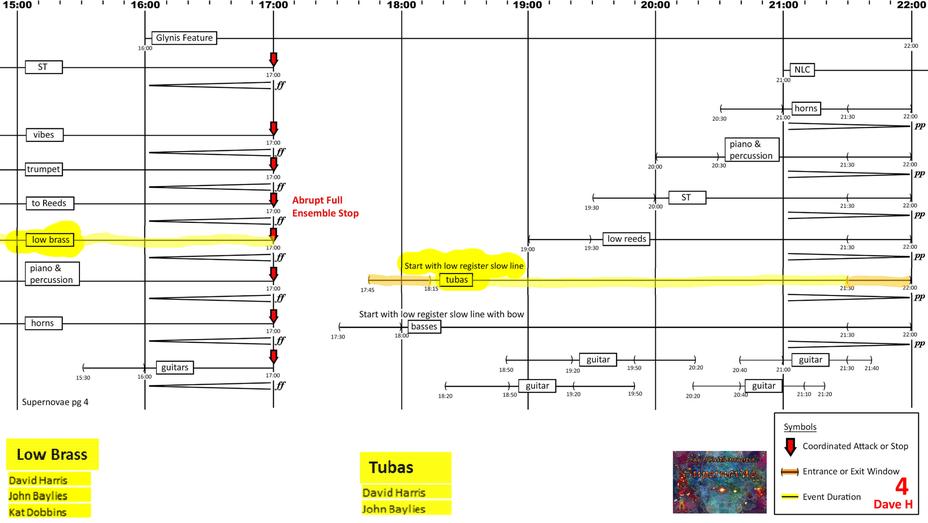