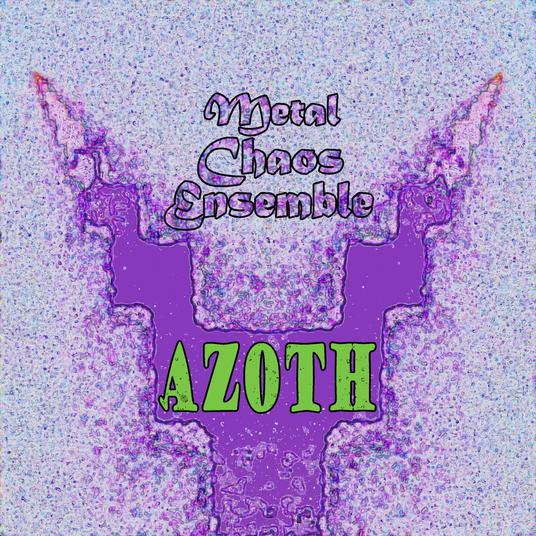 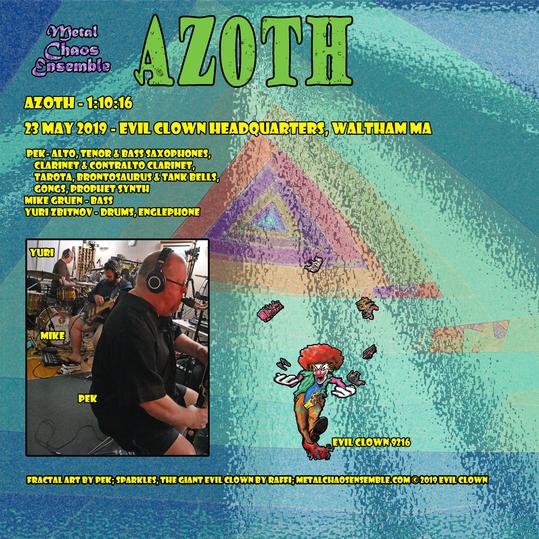 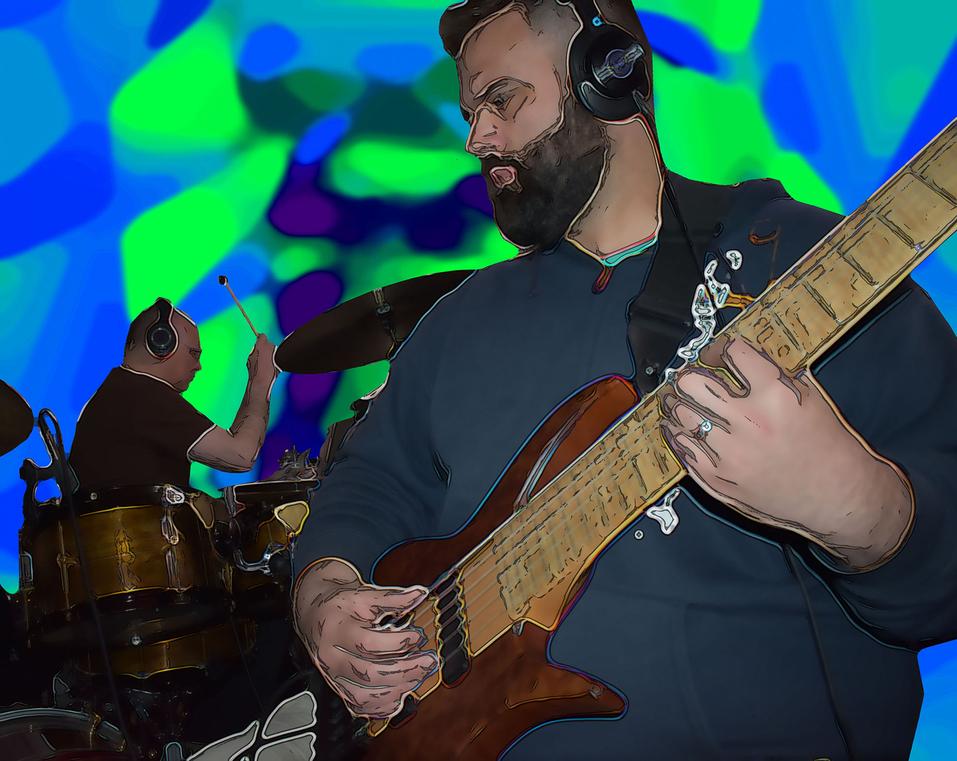 As of this writing (27 May 2019), MCE has 40 or so albums, mostly recorded at Evil Clown Headquarters as a studio project along with 3 or 4 live performances. The broad pallet aesthetic of the MCE relies on a huge amount of equipment which allows for huge transformations across sonority. The amount of equipment involved makes mobilization to a venue a real issue – therefore, the studio nature of the bulk of this project. Since the MCE core unit is Yuri and PEK and we usually have guests, there are some repeating MCE Editions with mostly the same players. These include a mostly percussion MCE, a heavy electronics MCE, and a few other variations. This is the debut set by a new MCE variation, Metal Chaos Ensemble Power Trio Edition.

We had been invited several months ago to travel to Wilmington Delaware to participate in a concert supporting Vermin Supreme for President by our facebook pals from Urban Shamen Attack. The Merry Pranksters event featured performances by 4 psychedelic rock bands along with great computer video projection by Jim Tuite… We decided to bring MCE for this show, but decided to push it more in the rock direction than usual by adding electric bass – creating a Power Trio Edition of the band with just drums, bass and a few of my horns. Initially, we had Albey onBass covering the bass part; Albey showed up in Boston last summer long enough to do about 10 Evil Clown sets in several of the different bands, but then he got a great opportunity to relocated to New Orleans and he took off (We miss you Albey!). Until a month or so before the Vermin Supreme show we though he would still make it, but finally I heard he could not pull it off.

So, we conducted a quick search for another bassist who could fill Albey’s huge shoes. We contacted a few of our regulars who all had conflicts and then we dug deeper. Yuri eventually came up with Mike Gruen, who really shreds, no doubt. Yuri and Mike had played together in very different settings, but never anything like MCE which is purely improvised. This warmup for the Vermin Supreme show which occurred two days later, on 25 May, is our first set with Mike. Although this set was performed at Evil Clown Headquarters, we dramatically cut back on the size of the pallet, using only drum set, Englephone, 6 of my horns, gong, and the bass (the resources we were taking to Delaware) along with the brand new Prophet synthesizer, Brontosaurus bell and a few extra gongs.

I think you’ll agree that we gelled from the first note. Look for more of Metal Chaos Ensemble Power Trio Edition, brought to you soon by Sparkles the Giant Evil Clown!!