METAL CHAOS ENSEMBLE With PEK / BOB MOORES / ERIC WOODS / JOEL SIMCHES / YURI ZBITNOV - Blast Furnace (Evil Clown 9175; USA) Featuring Pek on clarinets, tenor & bass saxes, musette, tarogato, English horn, dax & percussion, Bob Moores on trumpet, guitar & electric cello, Eric Woods on analog synth and Yuri Zbitnov on drums, balafon & assorted percussion plus Joel Simches on processing. Recorded at the Evil Clown Headquarters in April of 2018. Leap of Faith and their various offshoot projects record prolifically. The Metal Chaos Ensemble are just one of several subgroups and have more than a dozen discs out. Each version of Metal Chaos has longtime LoF members Pek & Yuri Zbitnov, plus Bob Moores & Eric Woods, the special guest here is Joel Simches who processes their sound as it is created. The name of the band refers to the fact that all or most members play (metal) percussion at some point. Certain sounds or instruments are difficult to tell apart: guitar or analog synth or both at the beginning of this session? Haunting echoed sounds and soft metal percussion is what we hear in the first section. Like all LoF discs, this is well-recorded and balanced. PEK switches between more than a dozen instruments, mostly reeds, some obscure, some not, often concentrating on one at a time. PEK and Bob Moores (on trumpet, el. guitar & cello), are upfront, taking their time soloing apart and together while the synth & percussion create a mysterious cushion underneath. Things here unfold slowly and build organically, rarely getting too dense. There are some minimal weird vocals midway which don’t last for very long, otherwise this is one of most restrained and still engaging on other levels… There is one rather tribal sections with some great drumming from the ever—great Yuri Zbitnov pounding it out powerfully along with some hypnotic synth. Still, consistently spirited throughout! - Bruce Lee Gallanter, DMG 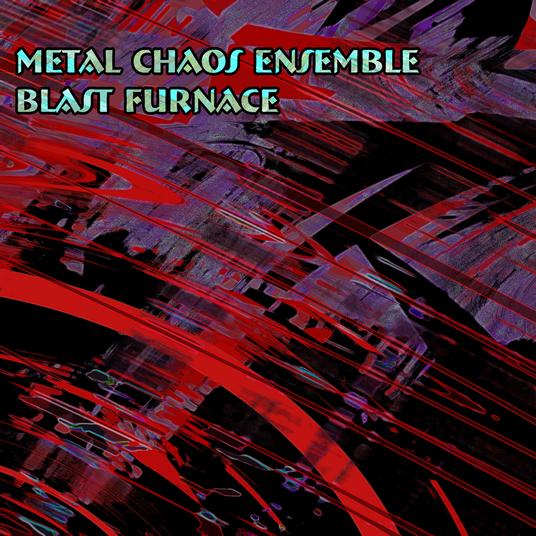 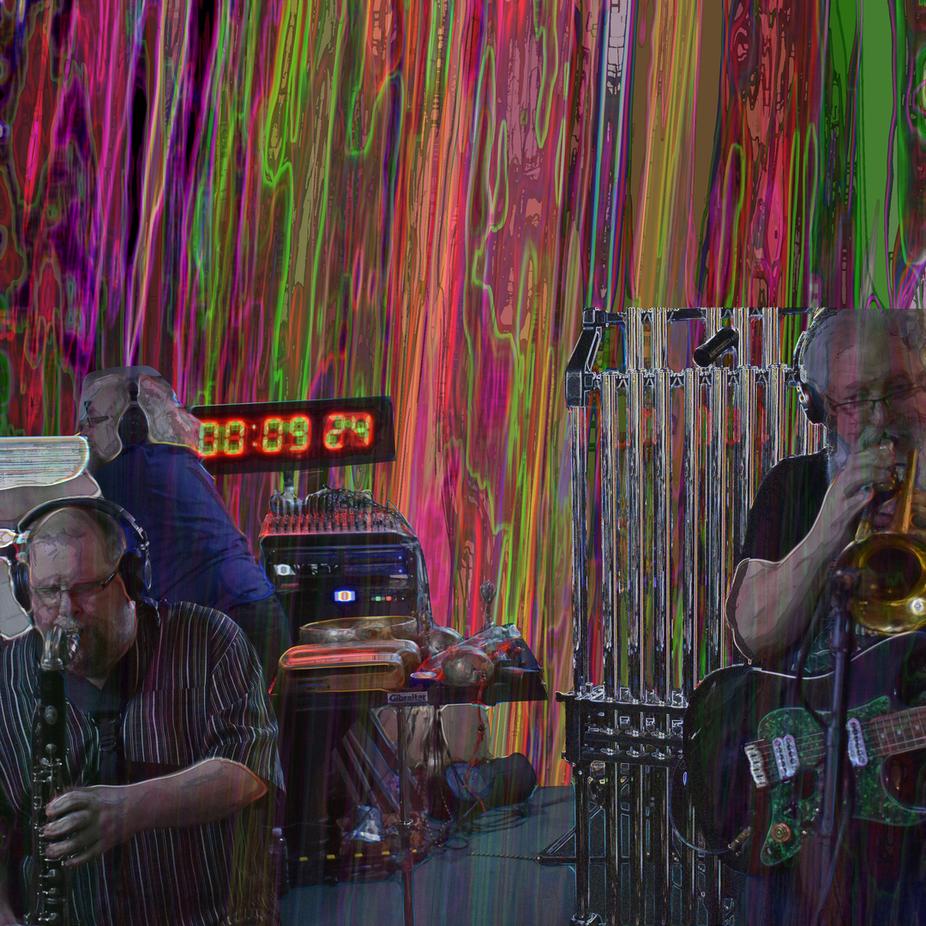 ​“…  The name of the band refers to the fact that all or most members play (metal) percussion at some point. Certain sounds or instruments are difficult to tell apart: guitar or analog synth or both at the beginning of this session? Haunting echoed sounds and soft metal percussion is what we hear in the first section. Like all LoF discs, this is well-recorded and balanced. PEK switches between more than a dozen instruments, mostly reeds, some obscure, some not, often concentrating on one at a time…”

*Samples from the Evil Clown Catalog or recorded at ECH 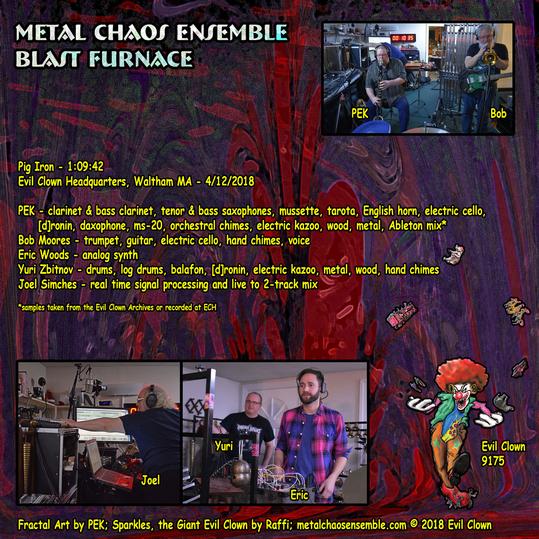 Metal Chaos Ensemble was formed in early 2015 by PEK and Yuri Zbitnov as a working project to explore chaotic rhythms on metallic instruments. I had started to amass the Evil Clown Arsenal of percussion, electronic and wind instruments and we needed a workshop to develop this universe of sounds for the Leap of Faith Orchestra. It was immediately obvious that Metal Chaos Ensemble had a sound to itself and over the last three years has been one of the most prolific Evil Clown bands. We have produced a bunch of albums covering a wide range of sonority sets, but always with the presence of Gongs, chimes, glockenspiel, Tibetan Bowls and many other metallic sounds and the horns of PEK.

Along with MCE founders Yuri and PEK and an Ableton mix, this set features special guests Bob Moores on trumpet and guitar and Eric Woods on analog synth. As we have added additional resources to the Arsenal, the Signal Processing and new instruments have increased the complexity of the mix. We welcome Joel Simchez on this session to run the live to 2 track mix and perform real time Signal Processing. Joel’s presence really enabled us to up the ante on the set up and we used basically every input on the mixers for some
signal in the room