​“… PEK uses a sampler or synth, to alter the sound of his different reed instruments, creating a haunting web hypnotic sounds. The ritualistic percussion builds and expands, adding selective bits of echoes to enhance the ghost-like percussion sounds. The overall effect of listening to this music is one of mesmerizing, disorienting and enchanting in a weird sort of way.” 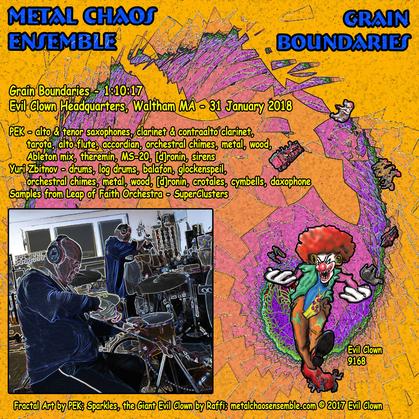 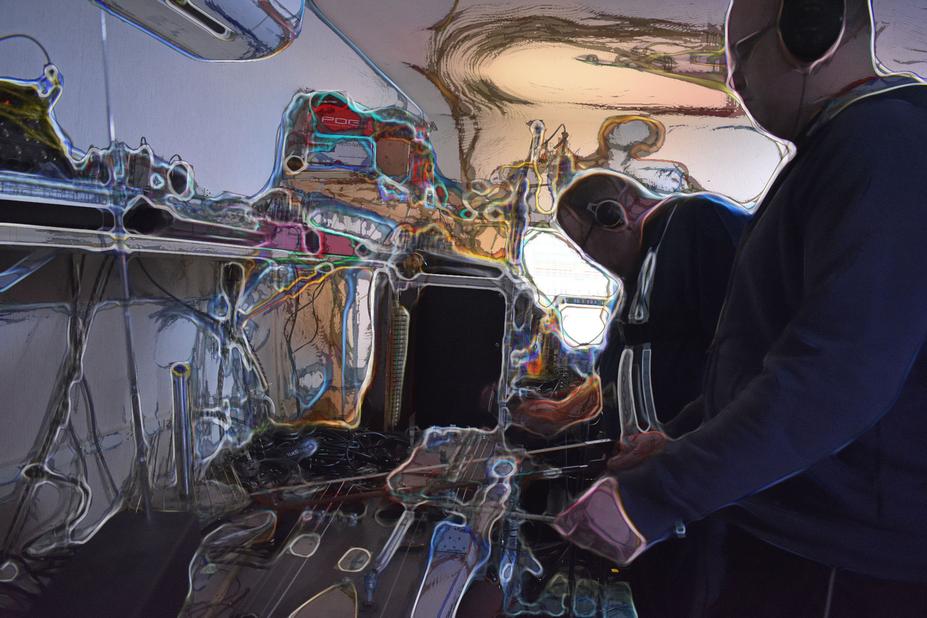 "The sound of real instruments played by real people going on a sonic adventure...  I'd like to be at your gigs to experience it in all its richness."

Metal Chaos Ensemble was formed in early 2015 by PEK and Yuri Zbitnov as a working project to explore chaotic rhythms on metallic instruments.  I had started to amass the Evil Clown Arsenal of percussion, electronic and wind instruments and we needed a workshop to develop this universe of sounds for the Leap of Faith Orchestra.  It was immediately obvious that Metal Chaos Ensemble had a sound to itself and over the last three years has been one of the most prolific Evil Clown bands.  We have produced a bunch of albums covering a wide range of sonority sets, but always with the presence of Gongs, chimes, glockenspiel, Tibetan Bowls and many other metallic sounds and the horns of PEK.

Recently, I have been using the Ableton software to create electronic mixes which we use in several of the bands as an accompaniment track. In performance, I ride the fader from off to very present, but most of the time more to the background. Raw samples are taken from the Evil Clown Catalog and also specially recorded at Evil Clown Headquarters with instruments drawn from the Evil Clown arsenal. I then use Adobe Audition to process the samples and finally Ableton to assemble a timeline and create a mix. 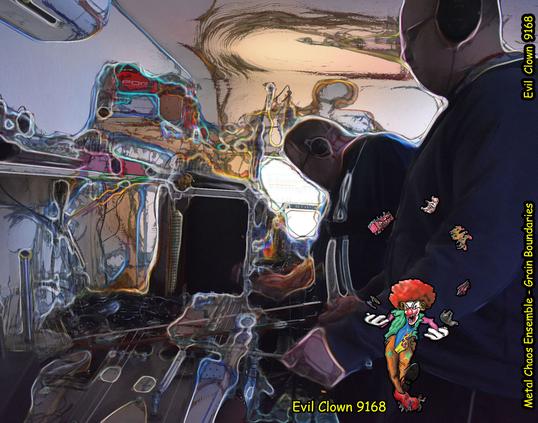 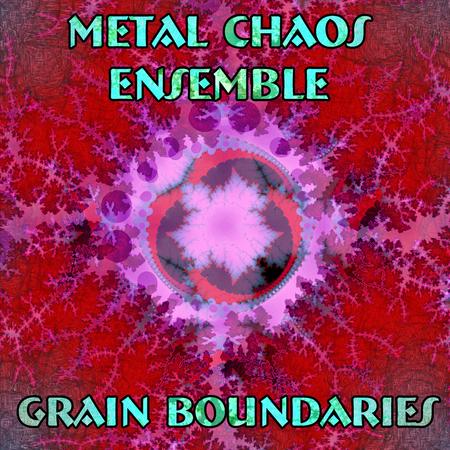 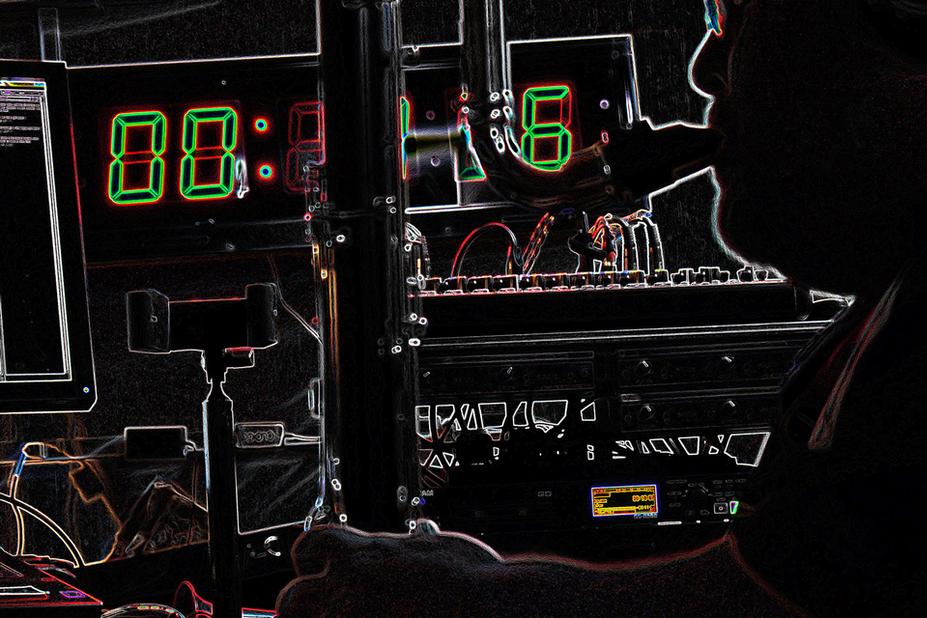 METAL CHAOS ENSEMBLE - Grain Boundaries (Evil Clown 9168; USA) This version of the Metal Chaos Ensemble is just a duo with PEK on alto & tenor saxes, clarinets, tarogato, flute, accordion, theremin and metal & wood percussion and Yuri Zbitnov on drums, balafon, daxophone and assorted metals & wood percussion. Recorded at the Evil Clown Headquarters on January 31st of this year (2018). The Metal Chaos Ensemble is one of several Leap of Faith off-shoot projects the Mr. Peck has put together over the past few years. This is a slimmed down version, reduced to just founding members of Leap of Faith, PEK and Yuri Zbitnov. This disc opens with what sounds like ritualistic percussion: gongs, cymbals, metal, drums, tubular bells… Mr. Peck usually works with one instrument a time, soloing or building things with shifting percussion underneath or around him. PEK uses a sampler or synth, to alter the sound of his different reed instruments, creating a haunting web hypnotic sounds. The ritualistic percussion builds and expands, adding selective bits of echoes to enhance the ghost-like percussion sounds. The overall effect of listening to this music is one of mesmerizing, disorienting and enchanting in a weird sort of way.