* Samples from the Evil Clown Catalog 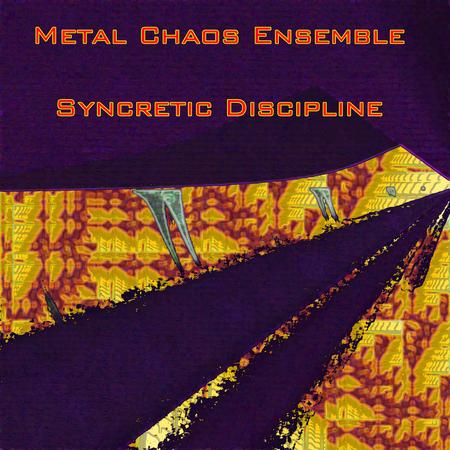 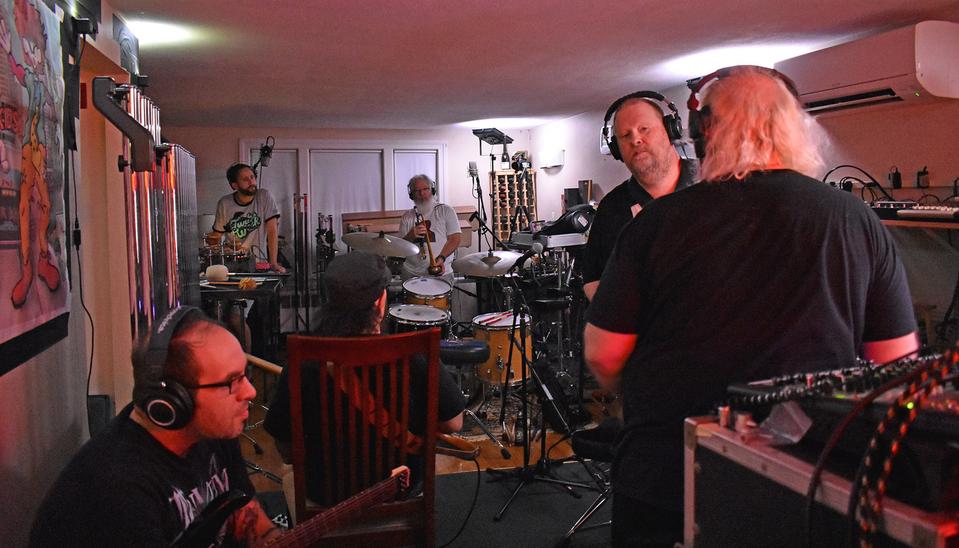 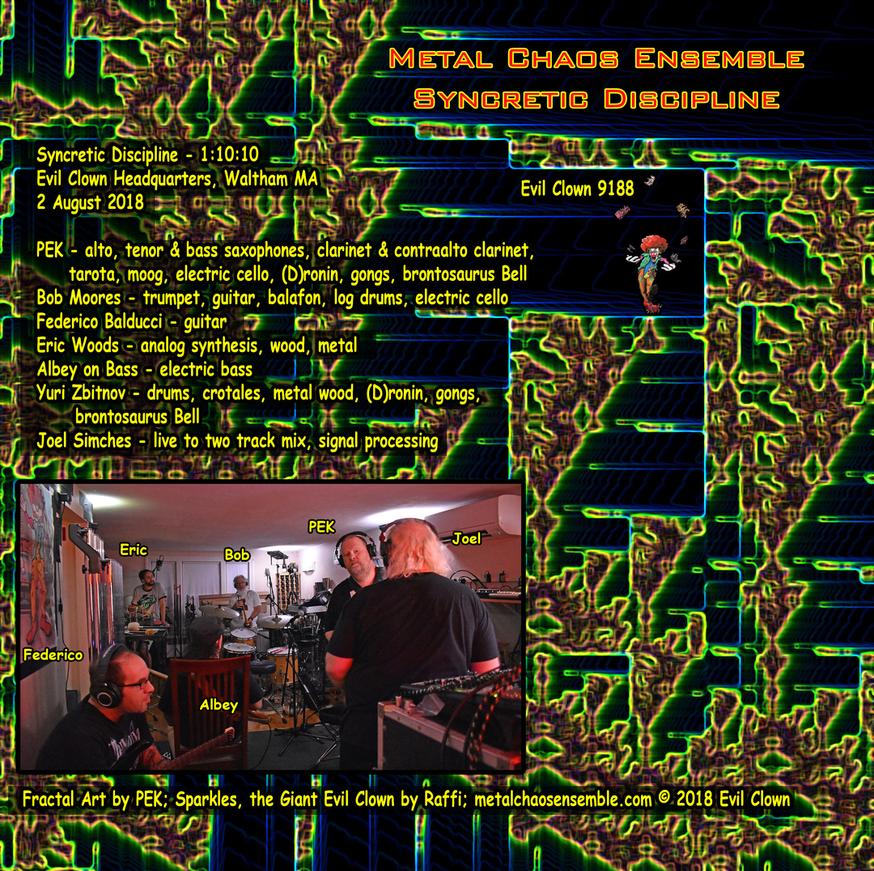 Metal Chaos Ensemble was formed in early 2015 by PEK and Yuri Zbitnov as a working project to explore chaotic rhythms on metallic instruments. I had started to amass the Evil Clown Arsenal of percussion, electronic and wind instruments and we needed a workshop to develop this universe of sounds for the Leap of Faith Orchestra. It was immediately obvious that Metal Chaos Ensemble had a sound to itself and over the last three years has been one of the most prolific Evil Clown ensembles. We have produced a bunch of albums covering a wide range of sonority sets, but always with the presence of Gongs, chimes, glockenspiel, Tibetan Bowls and many other metallic sounds and the horns of PEK. All Metal Chaos Ensemble sessions include myself and Yuri as a duet, or along with a whole bunch of different guests in a larger unit.

In addition to the Ableton mix we also had Eric Woods on the analog synth, Bob Moores on guitar and trumpet, Albey onBass on electric bass, and newbie Federico Balducci on guitar. Handling the live to 2 track mix and providing real-time signal processing is Joel Simches.

This variation of Metal Chaos Ensemble is part of a relatively new direction featuring more rock elements, looping, samples, electronics, etc. than typical in most of the Evil Clown catalog… This trend has been developing for the last couple of years on some of the MCE sessions, and this one really cooks, so check it out!!

" ... The first section sounds like a Gong space jam, most eerie and dream-like. Eventually PEK’s mutant contra-alto (?) clarinet floats in, rumbling & squawking softly. The density of the sounds is carefully pulsating, somber throbbing bass at the center until the drums finally hit a great space-rock groove, which builds a bit before settling down to a more restrained section…  The Metal Chaos Ensemble now have more than a dozen discs under their collective belt. Each one is strong in its own way..." 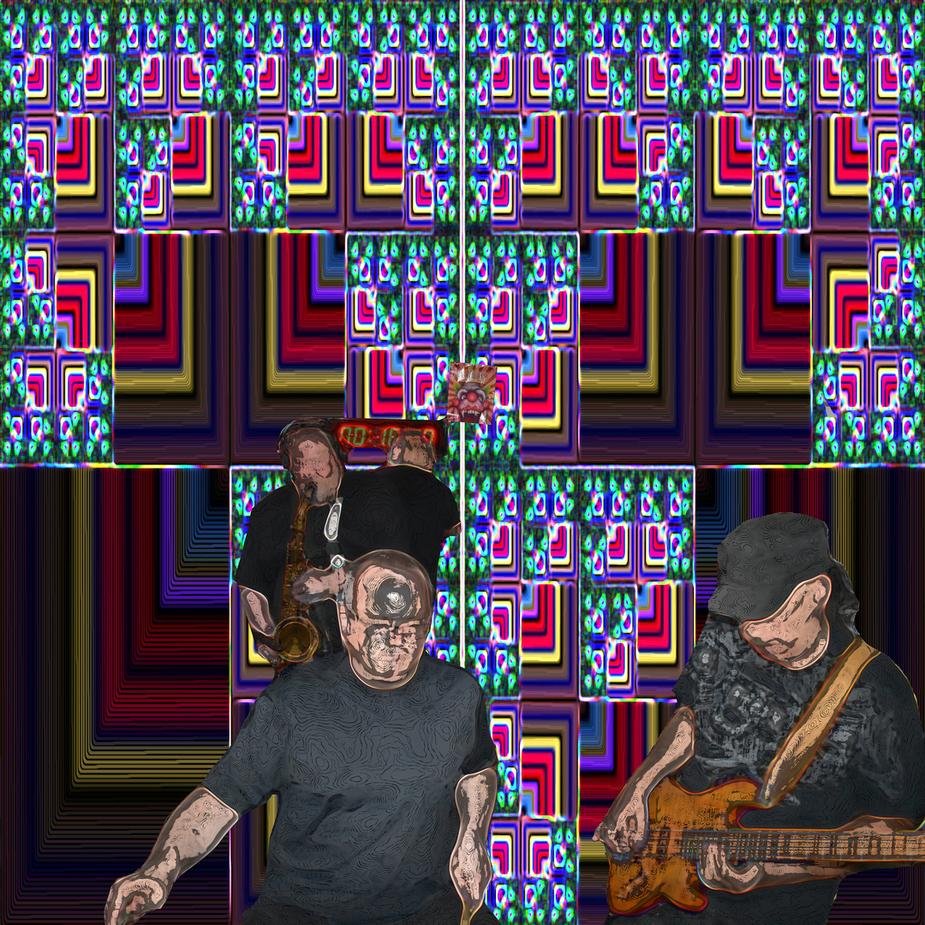 METAL CHAOS ENSEMBLE with PEK / YURI ZBITNOV / et al - Syncretic Discipline (Evil Clown 9188; USA) Personnel: PEK on alto, tenor & bass saxes, clarinets, Moog, taragato & percussion, Bob Moores on trumpets, balafon & electric cello, Eric Woods on analog synth, wood & metal, Albey on bass, Yuri Zbitnov on drums & percussion and Joel Simches on processing. The two consistent members of the Metal Chaos Ensemble are PEK and Yuri Zbitnov, both longtime members of Leap of Faith and their varied offshoots. This version of Metal Chaos has less electronics (& more regular instruments) outside of some Moog, analog synth and live processing. Pretty quickly things take off into outer space with rumbling synth, spacey guitar & electric bass and cymbals & gongs. The first section sounds like a Gong space jam, most eerie and dream-like. Eventually PEK’s mutant contra-alto (?) clarinet floats in, rumbling & squawking softly. The density of the sounds is carefully pulsating, somber throbbing bass at the center until the drums finally hit a great space-rock groove, which builds a bit before settling down to a more restrained section. And then building back up to an intense eruption with some burning trumpet from Mr. Moores over an intense rocking rhythm team. When PEK switches to that taragto or double reeds,  the sound becomes middle-eastern in part. The Metal Chaos Ensemble now have more than a dozen discs under their collective belt. Each one is strong in its own way. We just to find some time (around 70 minutes) to listen these in their entirety. When will the deluge of releases on Evil Clown subside, probably not anytime soon. - Bruce Lee Gallanter, DMG