Completeness for Flutes and Double Reeds 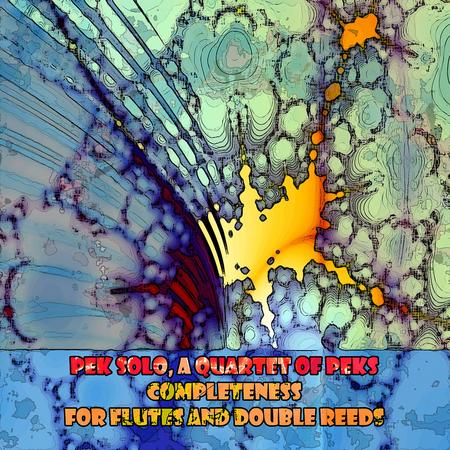 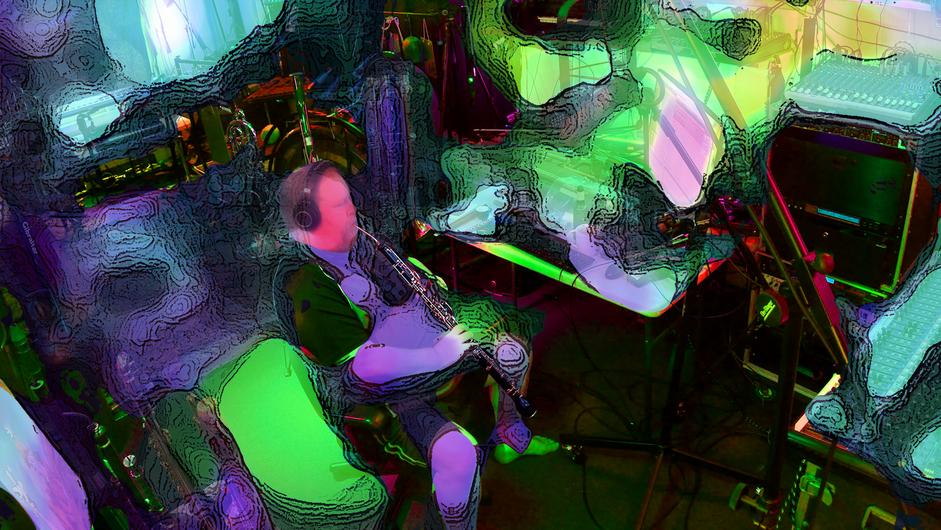 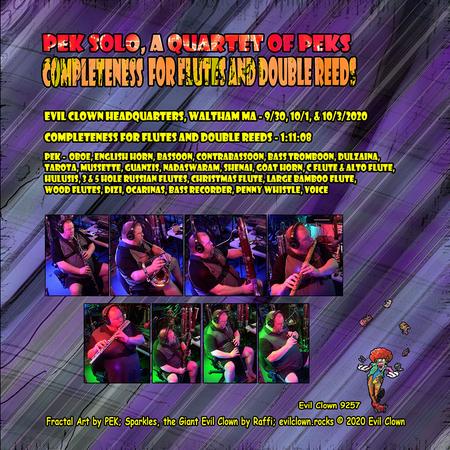 For obvious reasons, I have been producing a lot more PEK Solo albums than I do in a typical year. As with larger ensemble Evil Clown sessions, the planning involves selecting sound resources from the massive Evil Clown Arsenal and setting up the studio with these instruments to allow rapid changes in instrumentation and therefore in sonority.

1) One continuous track (no overdubbing) of PEK playing one or many instruments with or without signal processing.

2) One continuous track of PEK playing one or many instruments with a prerecorded mix of samples drawn from the Evil Clown Catalog or specially recorded at Evil Clown Headquarters. Solo albums from before this year fall into the categories 1 & 2.

3) A Quartet of PEKs – Four continuous tracks of one PEK each playing many instruments on each pass. Two of these albums, Schematic Abstractions for the Clarinet Family and Fixed Intentions for the Saxophone Family use very focused palettes. Unifications and The Strange Theory of Light and Matter use broad palettes comprised of woodwinds, percussion, electronics, and strings.

4) An Orchestra of PEKs – Many tracks of PEKs performing on a broad section of the Arsenal. The last of these, Some Truths are Known, is a mammoth 4-hour studio construction / composition in 3 eighty-minute movements. I list 110 instruments in the notes for this album….

I like this Quartet of PEKs format. On the first track I play 60% to 70% of the album’s duration leaving a silence of several minutes at each instrument change. In many ways, the first track dictates the overall form of the work. The next three tracks each fill in some of that space and play counterpoint to the previously recorded tracks. The result is a quartet with all the parts played by me, a bit like playing in an ensemble where you are reacting to the other material in real time with a couple of significant differences. The interaction is one-way, since the prerecorded material is already fixed (apart from the relative volumes controlled in the final mix). The waveforms of the previous tracks are visible in the computer DAW program. For an improvisor whose principle technical method relies on phrasing, the waveform reveals a great deal of information helpful to the decisions executed in each subsequent track. The form of the work, especially, is subject to improvisation as each layer fixes more formal elements.

This is the fifth one in the Quartet of PEKs series and the final installment of a triptych of albums constrained to a one or two woodwind instrument families.

Squidco Blurb
Boston improviser and multi-instrumentalist David Peck (PEK) in a solo album using his Quartet of PEKs format, improvising in the studio through four layers, presenting the final installment of a triptych of albums constrained to one or two woodwind instrument families - this one for flutes and double reeds, along with nadaswaram, shenai, goat horn, dizi, and bass tromboon.

PEK Liner Notes Excerpt...
"I like this Quartet of PEKs format.  On the first track I play 60% to 70% of the album’s duration leaving a silence of several minutes at each instrument change.  In many ways, the first track dictates the overall form of the work.  The next three tracks each fill in some of that space and play counterpoint to the previously recorded tracks.  The result is a quartet with all the parts played by me, a bit like playing in an ensemble where you are reacting to the other material in real time ..."