Occasionally there is a break in the Evil Clown calendar and I have a little time for a solo session. In the 90s, I did solo performances occasionally - which presented several challenges. I like to work in a long form with lots of instrument changes, so I came up with several tricks for rapidly changing horns while continuing the improvisation...

The next Frame Notation Score for the Leap of Faith Orchestra, Systems of Celestial Mechanics, will include game calls as part of the auxiliary instrument set used by the whole orchestra. Over the last several months I have been in an acquisition and experimental phase, purchasing a bunch of calls from ebay and figuring out their sounds. I’ve had 8 or 10 game calls of several types for the last 4 years or so, and I have used them in a number of settings over that time. Game calls are intended to mimic the “voice” of animals - they are very responsive to throat-position technique, just like saxophones and clarinets. For such simple instruments, they are actually quite expressive in their range of sounds. The much larger set of calls now available cover a much broader sound set.

As I often do, I set out to build a homogeneous texture from samples of the various game calls. To generate the raw material required, I played the pile of calls for almost an hour and recorded the result. I did build a mix which was used in the Metal Chaos Ensemble – The Nameless City Session a few days later and which has been added generally to the Ableton mix library. However, I was also pleased with the improvised solo in and of itself and I have decided to release that improvisation as a stand alone album.

Ordinarily, I use lots of different instruments which can be classified into two general groups: Instruments on which I have enough vocabulary/technique to sustain a full-length improvisation, and Instruments that have sounds that I like, but do not posses a broad enough pallet of sound to be used by themselves for an entire set. Instruments in the first set include saxophones and clarinets and some of the double reed instruments, while instruments in the second set include the bulk of the Evil Clown Arsenal of axes… I was surprised to find that I felt this improvisation, using only game calls, fell into the first and not the second category.

I will say, that this might be one of my weirdest albums ever, since the game calls make no natural reference to the regular characteristics of most western instruments. That is saying a lot, since we pump out a lot of really weird music here at Evil Clown!!! 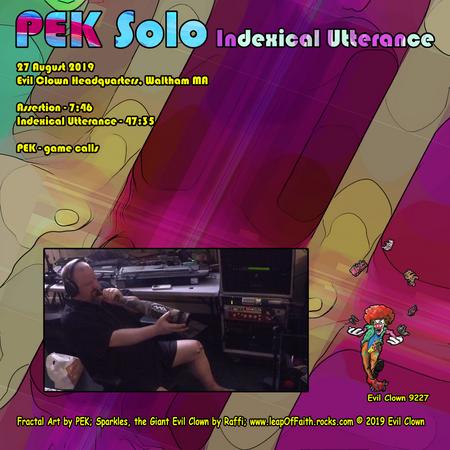 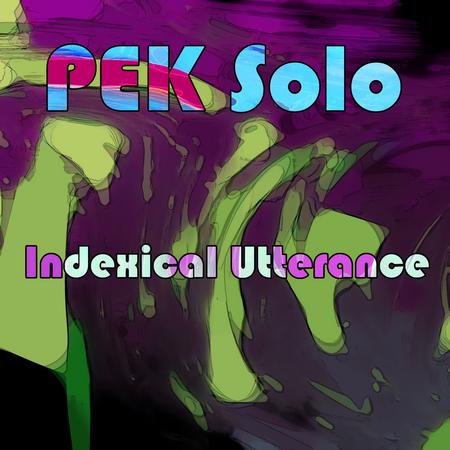