Every once in a while, there is a break in the crazy schedule here at Evil Clown and I have some time to do a solo album.  Our grand olde pal, the Corona Virus has provided such a break in spades….  At the beginning of the year, it appeared that the year would be our busiest yet…  We did a bunch of albums in January, February and the first weeks of March, and then I was forced to cancel a bunch of wonderful performances scheduled for the months that followed.   So, I caught up all my old business:  web site, social media, distribution, and the other non-musical activity required to drive the enterprise.  Then I took a month off…  my biggest rest since I started up in 2015 after my long hiatus.  In mid-May I started up again, conceiving some new means of producing some of the enormous output normally achieved by Evil Clown.

This is the fifth PEK Solo effort of 2020.  There probably would be more, except I spent nearly two months on a massive studio construction, a structurally complex work involving many of my instruments, overdubbing and computer sound processing.  I am super happy with Some Truths are Known – a four hour composition in 3 eighty minute movements for myself on 110 instruments…  and I just finished The Strange Theory of Light & Matter, a much simpler session for 4 PEKs each playing through the entire duration on a bunch of different horns.  Next was Pursuing the Ideal Limit of Inquiry for a single PEK on tenor sax alone…  For Schematic Abstractions, I followed up on the quartet idea (from The Strange Theory of Light and Matter), but this time using only clarinets…  Clarinet choirs are rare in jazz and improvisation, so enjoy this one from a Quartet of PEKs!

Until the stupid virus is over and more normal interactions are possible with other people, Evil Clown will continue to create new works using different methods which don’t involve many other players:  PEK Solo projects, and a very select number of Leap of Faith or Metal Chaos Ensemble sets involving no more than 3 people.  The PEK Solos with fall into 3 categories:  Large Studio Construction/Compositions for lots of overdubbing PEKs on many instruments, small ensembles of PEKs like quartets or sextets, and solos like Pursuing the Ideal Limit of Inquiry for unaccompanied single instruments (either full length, or several shorter pieces on different horns)… 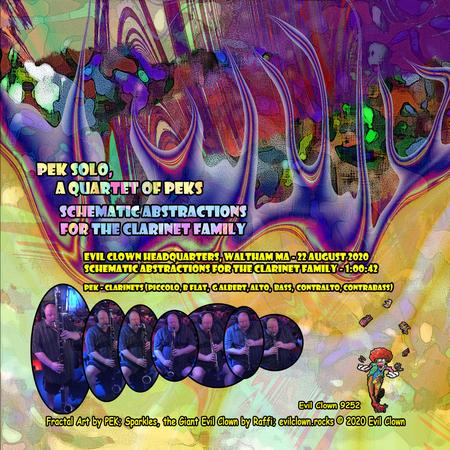 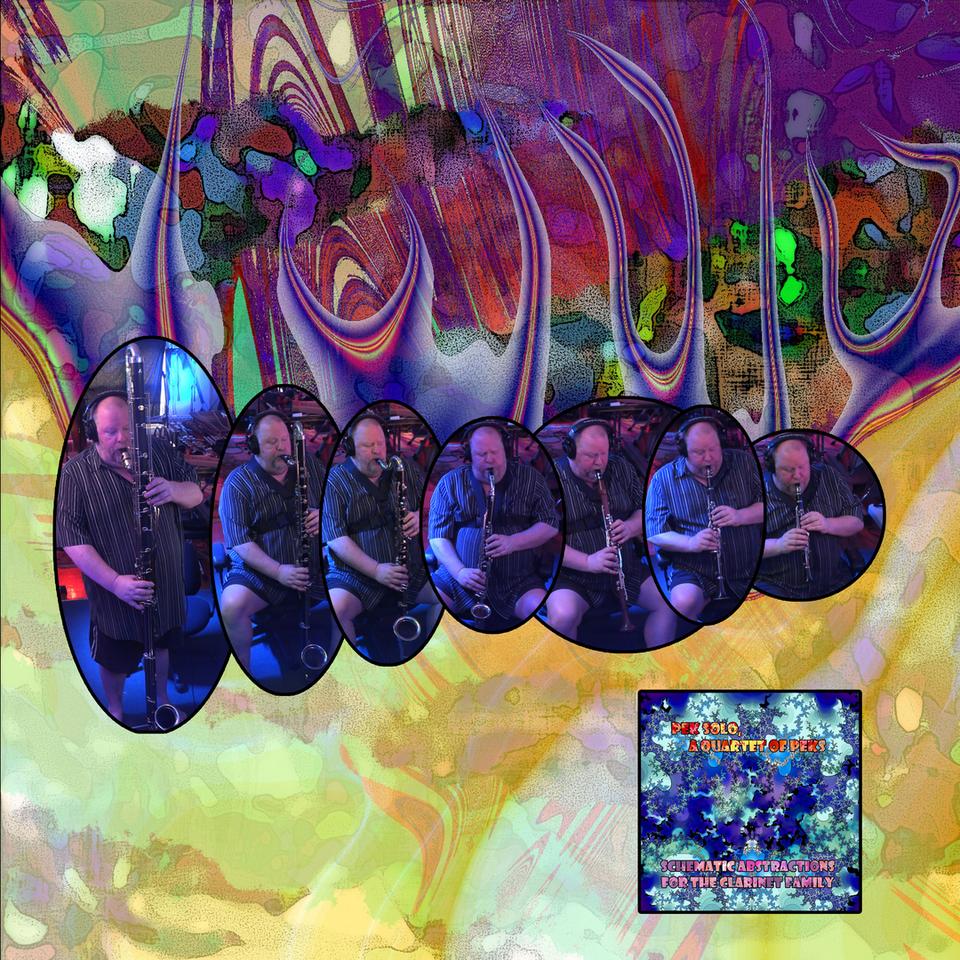 Schematic Abstractions for the Clarinet Family 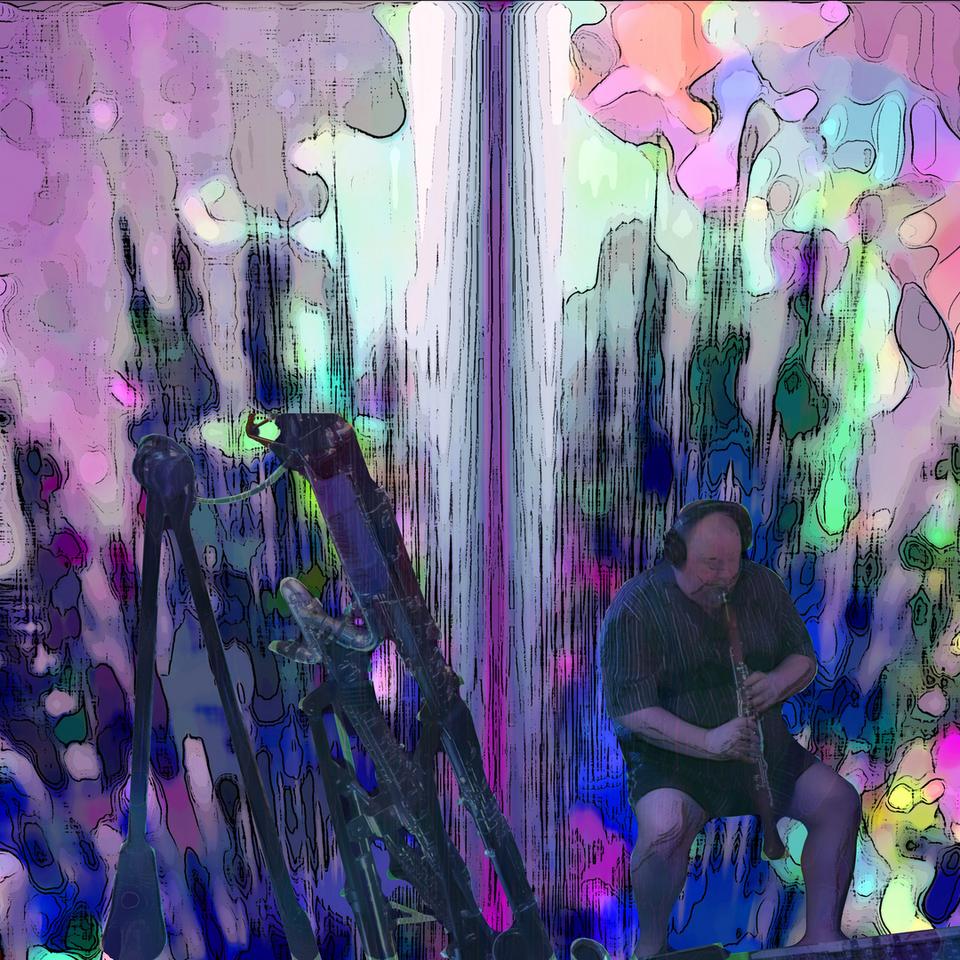 PEK Solo , A Quartet of PEKs - Schematic Abstractions for the Clarinet Family 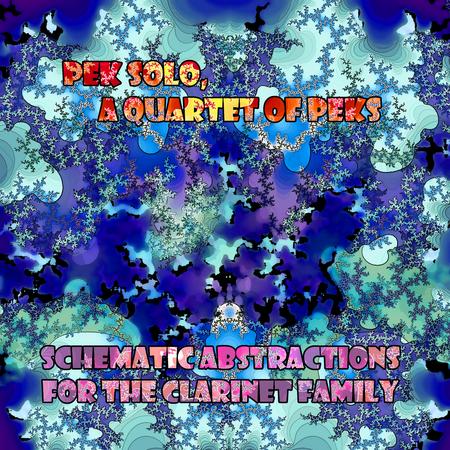 "… It’s an imagistic swarm of moods, modes, and modulations, prickly clusters of bristling harmonics emerging in complex field densities that never coalesce the same way twice. Endlessly fascinating, surrendering completely to the immediacy of PEK’s mutating soundworld is the only way to bask in its glorious, submersive depths…”

"...  For Schematic Abstractions, I followed up on the quartet idea (from The Strange Theory of Light and Matter), but this time using only clarinets…  Clarinet choirs are rare in jazz and improvisation, so enjoy this one from a Quartet of PEKs!..."

PEK SOLO / A QUARTET OF PEKS Schematic Abstractions for the Clarinet Family (Evil Clown 9252, USA) Dave PEK is one of contemporary music’s most adept multi-instrumentalists. His facility on a legion of soundmakers, from his cherished saxophones, clarinets, and other horns, to a dizzying array of percussives and electronic modules, is nothing short of astonishing; compiling a cursory laundry list of his vast collection is not only a fool’s gesture but fails to grasp the enormity of an artistic discipline that allows it all to be utilized so inventively. On this, another of his ‘quartet’ outings where he keenly sifts, layers, and multitracks himself in the ultimate act of self-accompaniment, PEK applies the same rigor to a whole host of subsets from the clarinet family as he has with his similarly-themed saxophone exploits. The result? His battery of alto, piccolo, B-flat, alto, bass, contralto, etc. weave sinuous lines around each other like a cobra writhing before a snakecharmer. At moments, the various tones thrust and parry across carefully delineated battle lines, then PEK takes a ‘solo’ that finds him bending notes while folding space, counterbalanced by an ingenious use of periodically poised silences. The effect can be both hallucinatory and exhilarating, temporarily derailing the equilibrium as the notes overwhelm your inner ear canals with viral totality. It’s an imagistic swarm of moods, modes, and modulations, prickly clusters of bristling harmonics emerging in complex field densities that never coalesce the same way twice. Endlessly fascinating, surrendering completely to the immediacy of PEK’s mutating soundworld is the only way to bask in its glorious, submersive depths.