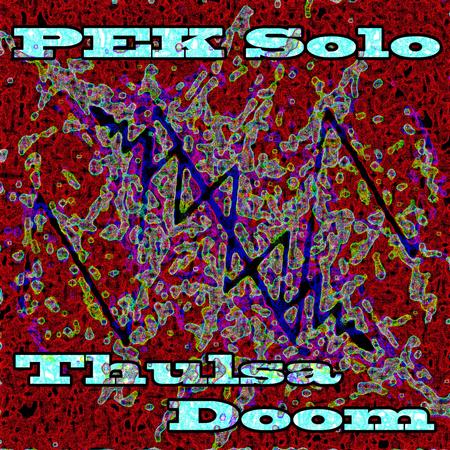 PEK - Solo: Thulsa Doom (Evil Clown 9134; USA) Featuring Dave Peck on bass & sopranino saxes, clarinets, oboe, tarota, tube-o-phones, gong, electronics, ableton mix, dulzaina, melodicas, etc. Considering that Mr. Peck has released upwards of a hundred discs from the ongoing band Leap of Faith and their many offshoot projects, this appears to be a rare solo effort. It was recorded at two sessions in Evil Clown Headquarters in February and March of this year (2017). Like another reeds pioneer mentioned above in this weeks newsletter, Vinny Golia, Mr. Peck collects and owns a large quantity of rare reed instruments. Hence the use of a dulzaina, a rare Spanish oboe-like double reed. “Scalar Invariant Curvatures” opens with strange, ancient sounding, ritualistic sounds. Mr. Peck bathes his playing with some hypnotic echo or reverb. Hard to believe that we are listening to just one person, since things occasionally sound dense or disorienting. Reverberating gongs or metals, bizarre sounding double-reeds and electronics create another world, a planet where you never know what odd occurrence will take place but it seems somehow familiar.What this reminds me of at times are the Master Musicians of Bukkake, one of the weirdest musical groups from the Pacific north west, still in existence. Most impressive on many levels and occasionally disturbing. 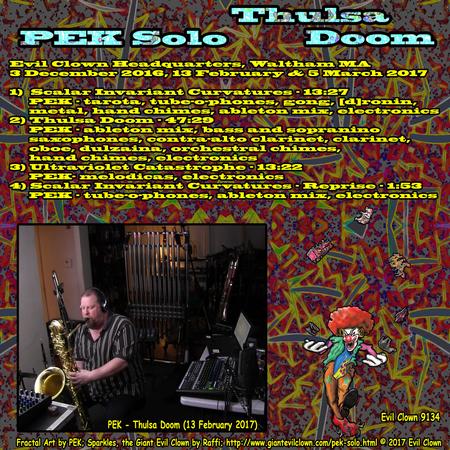 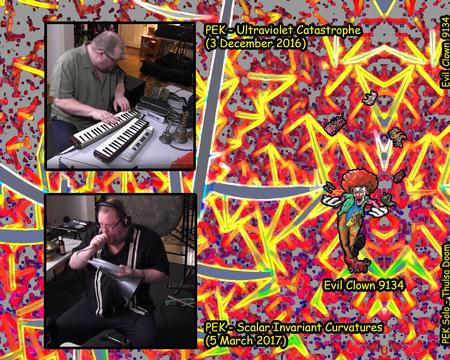 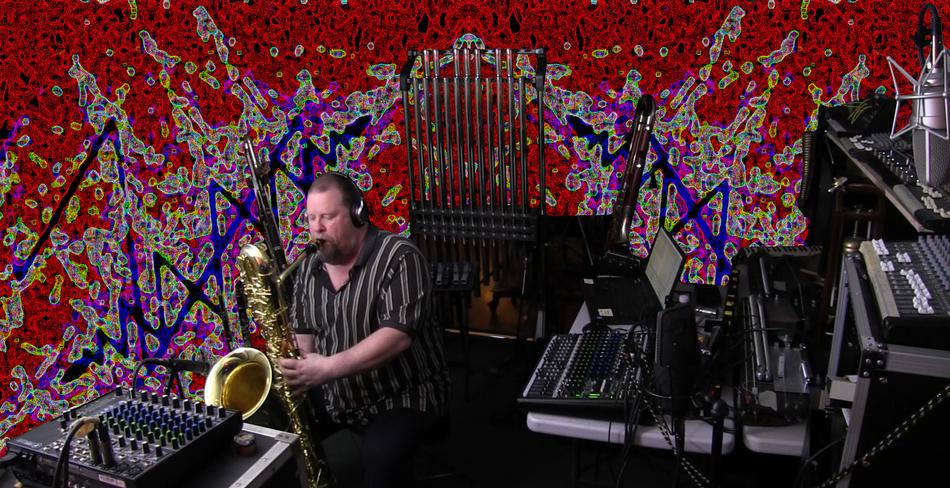 I've always done solo pieces here and there... In my earliest days (80s) I went on a lot of trips with rock climbers and played tenor sax for hours and hours in natural settings with amazing acoustics... Later in the 90s I did a some solo performances... In 2015, after the Leap of Faith Haitus, I did a few more... Now, there is a new solo set for 2017... Recorded since December 2016, four tracks featuring some of my newest instruments and improvisation practices: bass sax, orchestral chimes, tarota, tube-o-phone, melodicas, signal processing and Ableton mixes of processed samples from the Evil Clown catalog...