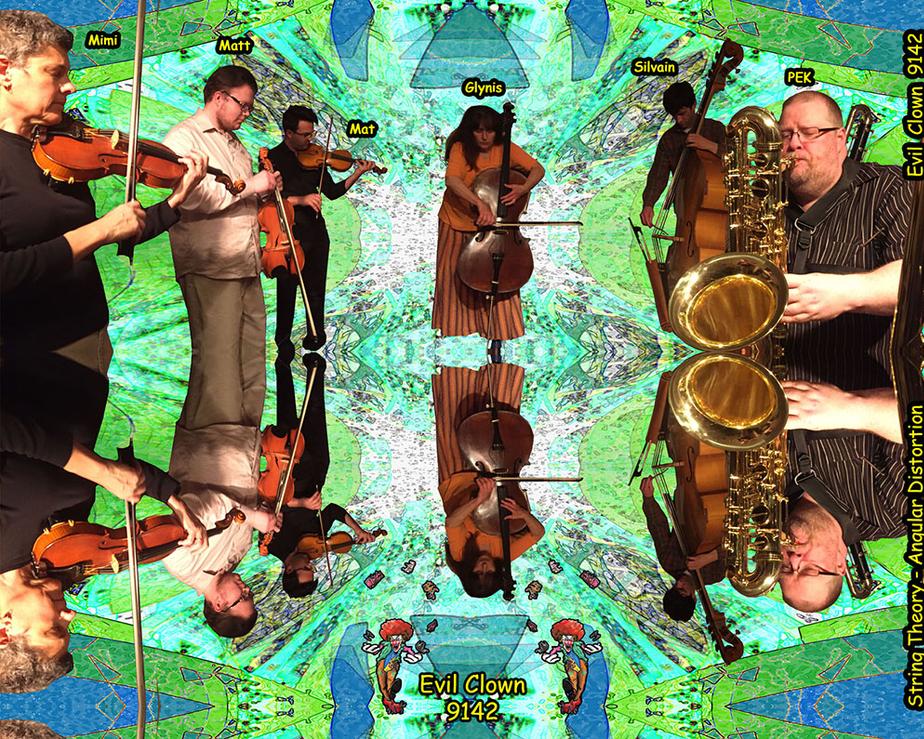 STRING THEORY With PEK / GLYNIS LOMON / et al - Angular Distortion (Evil Clown 9142; USA) This version of String Theory is PEK on clarinets, saxes, double-reeds, etc., Glynis Lomon on cello & vocals, Mimi Rabson, Matt Scutchfield & Matthew Ward on violins and Silvian Castellano on bass.  Dave Peck’s Leap of Faith Ensemble have several off-shoot projects which play live and are always documented for the Evil Clown label.  This is the third CD from String Theory that we’ve mentioned and was recorded at Outpost 186 in Cambridge, MA in May of 2017, just a few months ago. Things begin with the sounds of aquasonics, those bowed vases that several members of Leap of Faith often play. Ritualistic, eerie and hypnotic. PEK seems to be playing a sheng here, a Chinese mouth blown free reed instrument with bent-sounding notes which sounds great surrounded by buzzing strings.

Although Mr. Peck is the longtime founder and leader of Leap of Faith and numerous offshoot projects, he is not the featured soloist here, hence this is a strong collective, group effort. Several subgroups emerge, submerge and interact in an organic, well-balanced way. The strings often slither and slide around one another with PEK selectively adding reeds or percussion or aquasonics, which are also played by the great cellist Glynis Lomon, also a founding member of LoF.  Ms. Lomon also adds occasional weird vocal sounds which she uses selectively to add a sense of mystery to alien soundscape that this unit revels in. ‘Angular Distortion’ is one the few discs on Evil Clown which is often pretty restrained.  All in all, it does reveal a calmer center, yet is still like entering another world. - Bruce Lee Gallanter, DMG 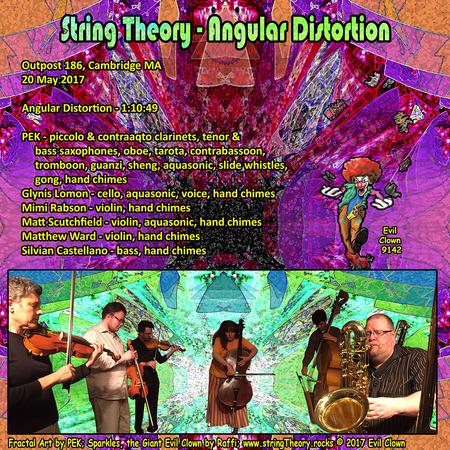 "... this is a strong collective, group effort. Several subgroups emerge, submerge and interact in an organic, well-balanced way...   All in all, it does reveal a calmer center, yet is still like entering another world." 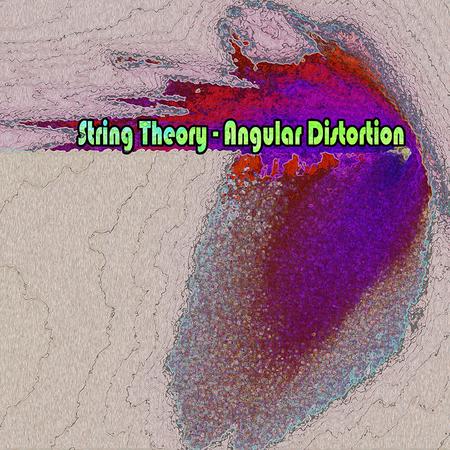