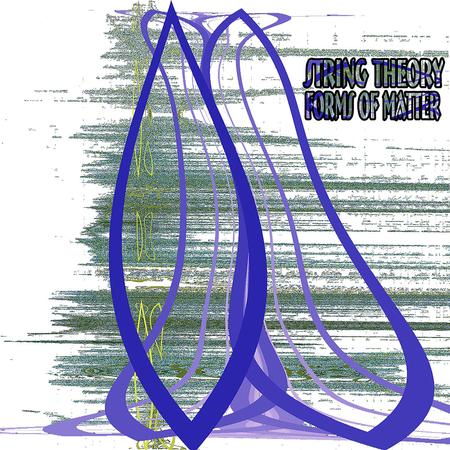 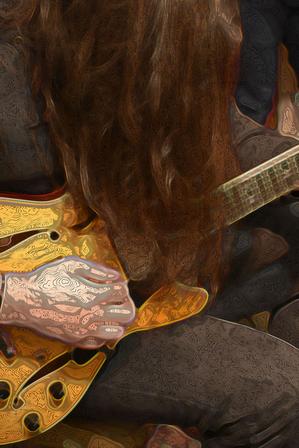 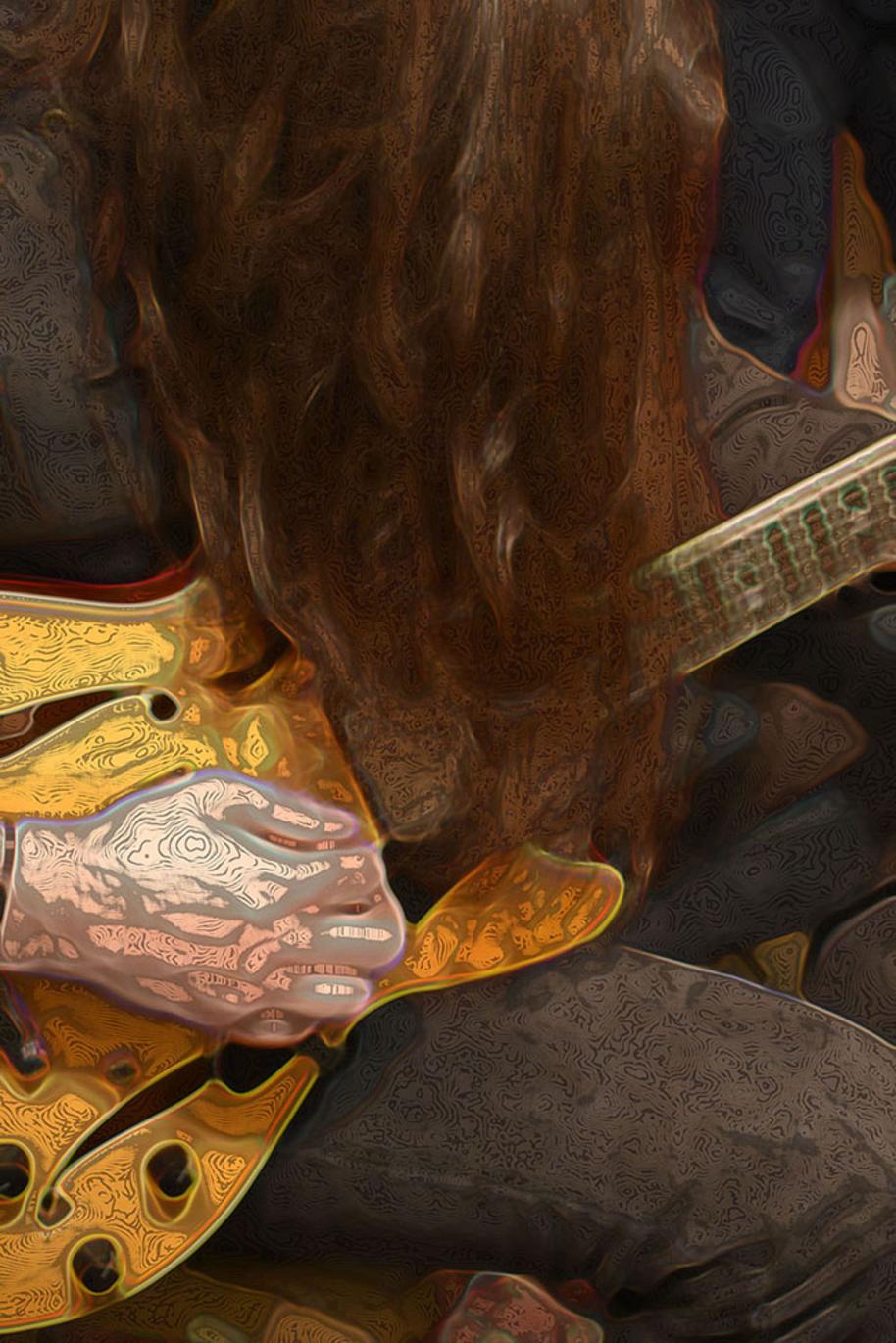 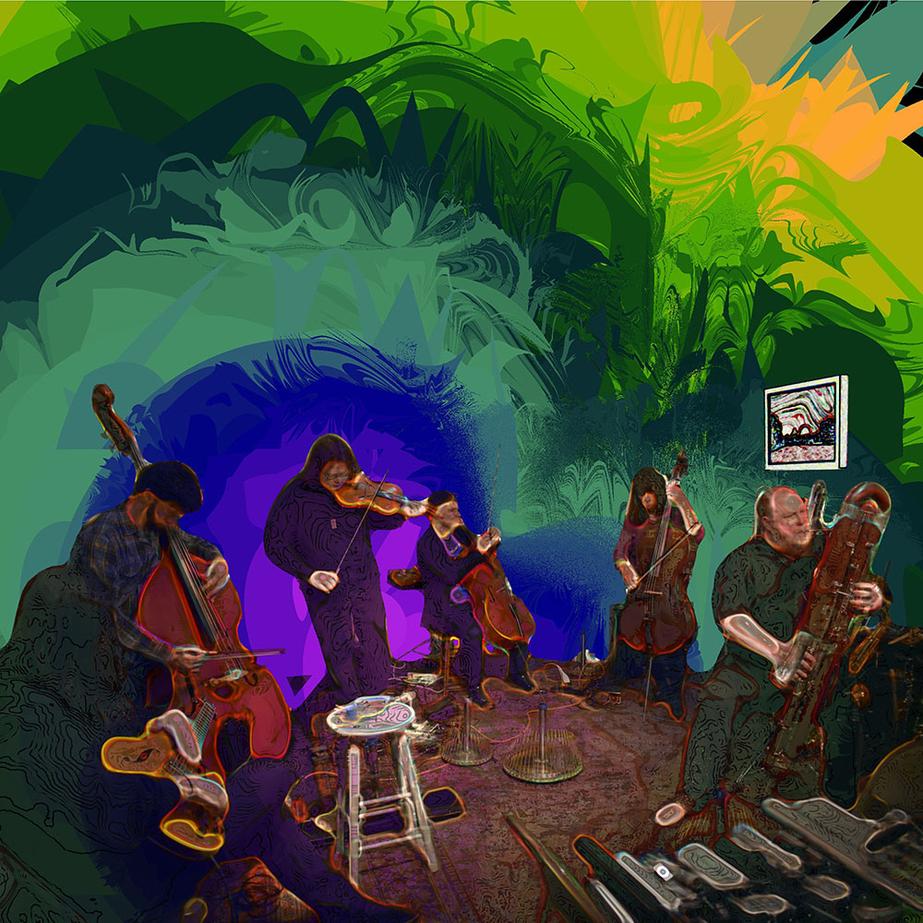 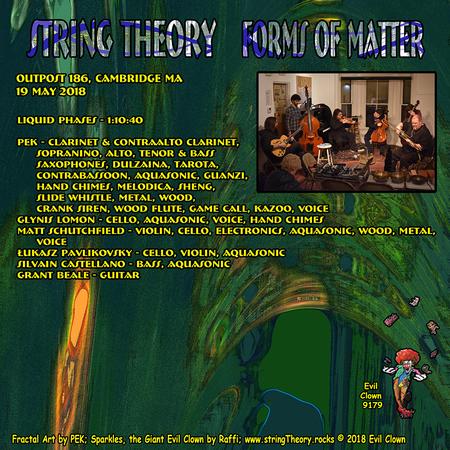 In the early Leap of Faith period (early 90s), we did a number of shows with Strings and myself, in fact, for a while the core trio was myself on reeds, Glynis Lomon on cello, and Craig Schildhauer on bass. String Theory is the extended string section of the Leap of Faith Orchestra, and the current incarnation of this early period Leap of Faith ensemble. As well as being the string section of the orchestra, String Theory performs and records independently. Since we rebooted the Leap of Faith project in 2015, we have released 10 albums of string and woodwind improvisations…

For this session we have Glynis and myself plus LOFO regulars Silvain Castellano on bass, Grant Beale on guitar and Matt Schutchfield on violin, along with newcomer Lucasz Pavlikovsky on cello. I brought a bunch of the wood and metal percussion for the auxiliary instruments and we did a very nice CD length improvisation!!