For this session we have Glynis and myself plus LOFO regulars Albey onBass on electric bass, Silvain Castellano on double bass,  Reverend Grant Beale on guitar and relative newcomers Adrienne Schoenfeld on double bass and Lucasz Pavlikovsky on cello. This ensemble is a very low string quartet with electric bass & guitar and my woodwinds! String players are in high demand and generally pretty busy, so we tend to do fewer String Theory shows and sessions than other Evil Clown ensembles and we sometimes miss some of our great players like Mimi Rabson due to packed schedules… However, this time the schedules were kind to us and we jammed about as many players (7) as we can fit into Outpost 186… I love larger improvisation units with many instruments in the same timbre/sonority sets - These kind of units are capable of making extraordinary textures…

All of the sub-unit ensembles which feed the Leap of Faith Orchestra are really benefiting from our heavy schedule over the last four years. These players really listen and integrate their ideas into a natural sequence of transformations through diverse sonorities… Stay tuned for more String Theory in the future…

"... The sound of wheezing strings, expanding and contracting, groaning & droning reeds & double reeds, throbbing and spinning basses, hypnotic yet disorienting underwater currents flowing around us, reaching for the safety net. It you are patient, you will find yourself sailing on raft, balancing on the waters far at sea so sit down, listen close and enjoy the ride." 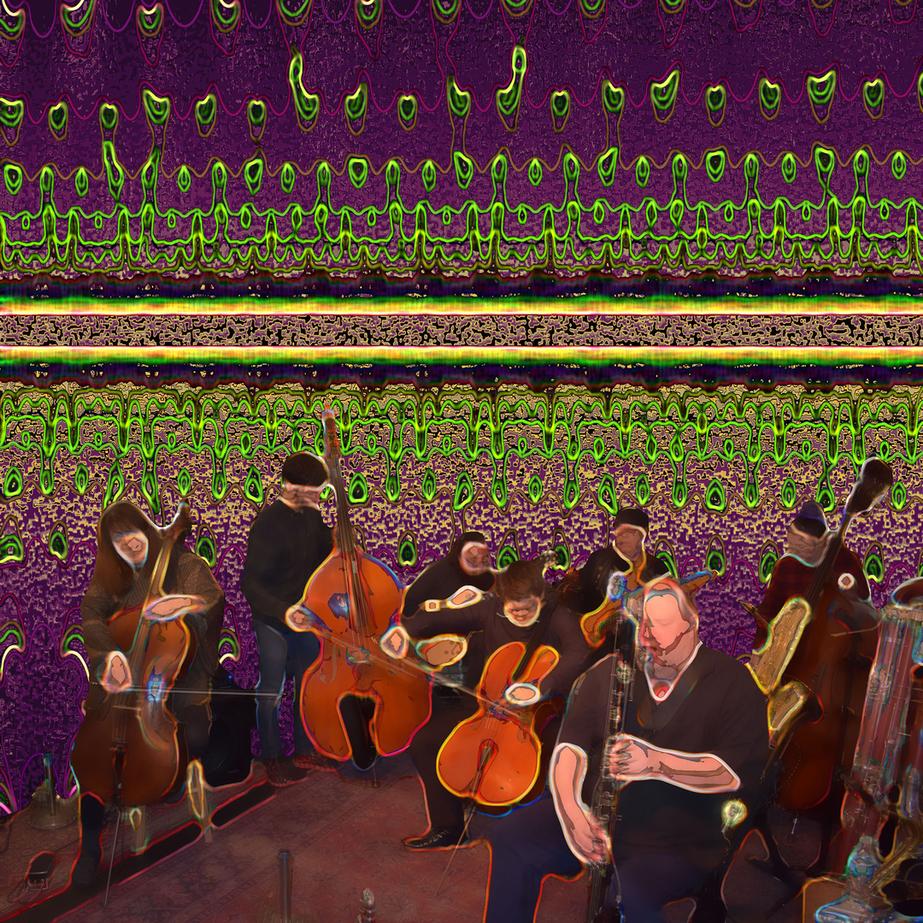 STRING THEORY With PEK / GLYNIS LOMON / REV. GRANT BEALE / LUKASZ PAWLIKOVSKY / ALBEY OnBASS / SILVAIN CASTELLANO / ADRIENNE SCHOENFELD - Thickness of the Present (Evil Clown 9196; USA) Featuring PEK on the usual assorted reeds, sheng, melodica & gong, Glynis Lomon & Lukasz Pawlikovsky on cellos, Rev. Grant Beale on guitar, Albey on electric bass and Silvain Castellano & Adrienne Schoenfeld on double basses. String Theory are one of several Leap of Faith offshoot projects and have a handful of previous releases. Their personnel changes slightly from gig to gig. Outside of the usual suspects: PEK & Glynis Lomon, the others can be found on previous String Theory or other Leap of Faith (& offshoots) discs. Since there are mainly stringed things involved here, outside of PEK’s assorted reeds bells & gong, this sounds less disorienting than some of the other Leap of Faith efforts. The sound of wheezing strings, expanding and contracting, groaning & droning reeds & double reeds, throbbing and spinning basses, hypnotic yet disorienting underwater currents flowing around us, reaching for the safety net. It you are patient, you will find yourself sailing on raft, balancing on the waters far at sea so sit down, listen close and enjoy the ride 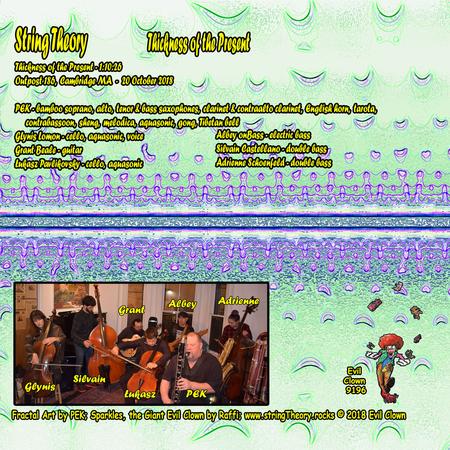 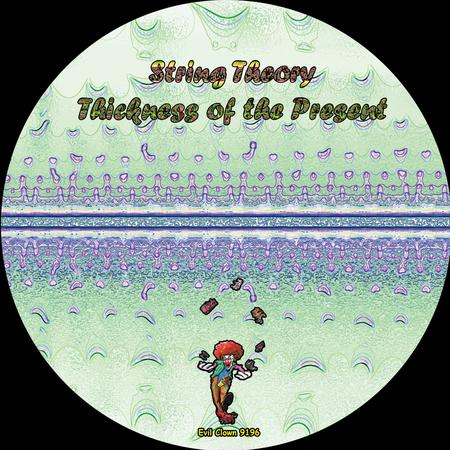 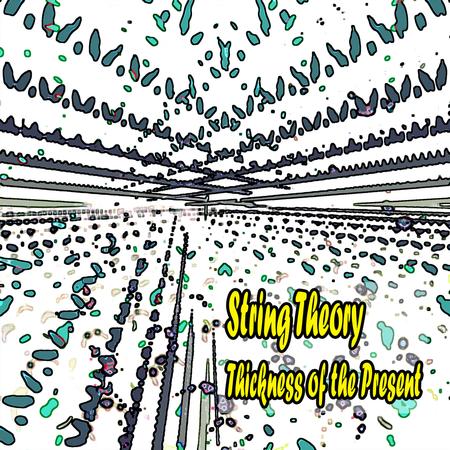 String Theory - Thickness of the Present