I formed Turbulence in 2015 as I started to assemble players for the Leap of Faith Orchestra. Turbulence, the extended horn section for the Orchestra (along with guests on other instruments), also records and performs as an independent unit. We have had over 20 albums on Evil Clown with greatly varied ensembles. The only musician on all of them is myself. The sessions range from an early duet with Steve Norton and Myself (Vortex Generation Mechanisms) to a 5 horn band with bass and two percussionists (Encryption Schemes) to four albums by the side project Turbulence Doom Choir which feature myself, multiple tubas, percussion, electronics and signal processing.

For the last several years we have been introducing more and more electronic elements into Evil Clown ensemble performances. An early version of the electronic sounds in a Turbulence session cam about in the Turbulence Doom Choir albums all of which featured John Baylies on tuba and electronics. John left for Grad school in New York a while back and since then most of the Turbulence sets have been with just the horns or with horns and percussion.

This set was originally planned as an Outpost 186 show, but I made a calendar error and had the wrong day in my book for the show. Since I hate to cancel anything once planned, and since Bob and I have never done a full length duet before, we kept the date and moved it to Evil Clown Headquarters. Bob has been a frequent participant in Evil Clown sessions since I rebooted the enterprise in 2015, appearing on 21 Leap of Faith/Leap of Faith Orchestra albums, 12 Turbulence albums, 10 Metal Chaos Ensemble albums, and 6 Mekaniks albums. Bob uses a variety of instruments in addition to trumpet and guitar and has been utilizing them on our sessions. We have both been using more synth kind of sounds in the Metal Chaos Ensemble sessions. So, we decided to use the full scope of our instrumental options with the whole ECH studio space available for instruments for just the duet. 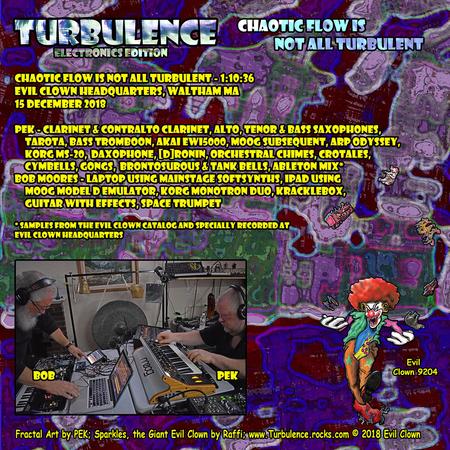 Turbulence - Chaotic Flow is not all Turbulent

Turbulence - Chaotic Flow Is Not All Turbulent 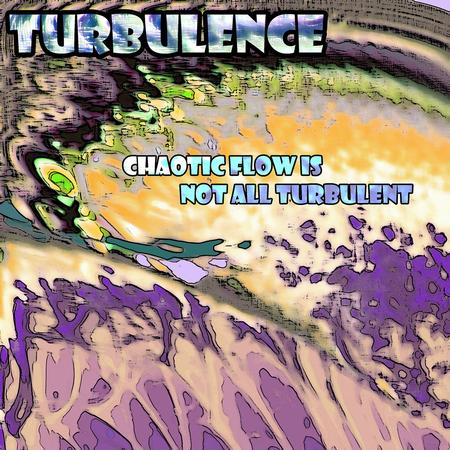 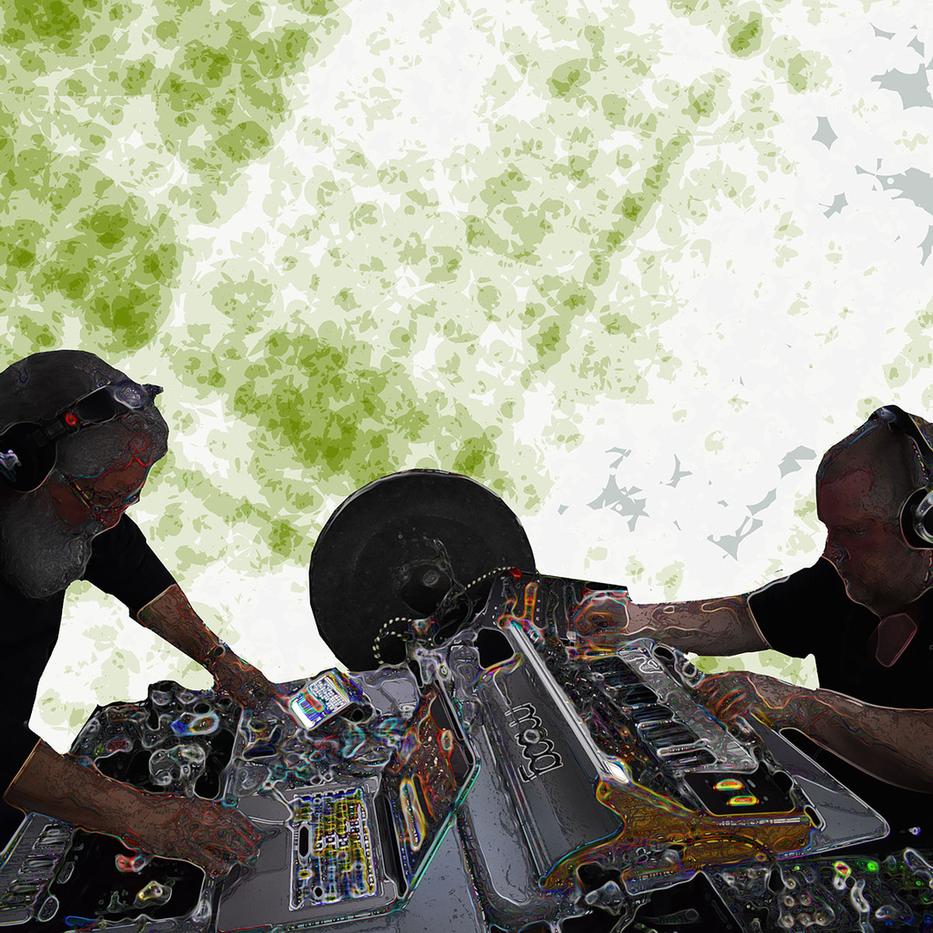 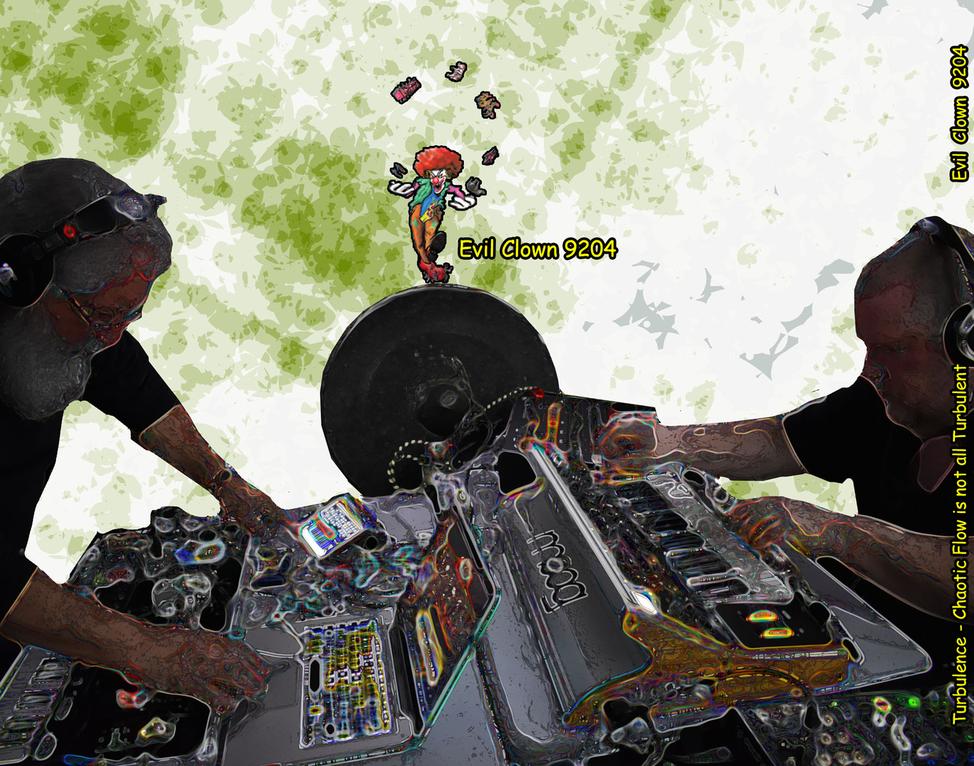