"... There is immense suspense being evoked, slowly one reed instrument enters at a time, mostly low-end terrain, the eerie vibe slowly building…  Consistently impressive throughout and they take their sweet time to get there.” (full text below)

"...As the Evil Clown story unfolds, we have some ensemble variations which immediately gel deeply and bear repeating. This was the third performance by this particular trio version of Turbulence in only a few months... (full liner notes below)"

The extended horn section for the Leap of Faith Orchestra from the Boston-area collective led by reedist/multi-instrumentalist David Peck, here with PEK on an assortment of saxophones, clarinets, flutes, game calls and percussion, the other horns from Michael Caglianone on sax, game calls, wind sirens and percussion, with drums, bells, bowls and other percussion from Yuri Zbitnoff. 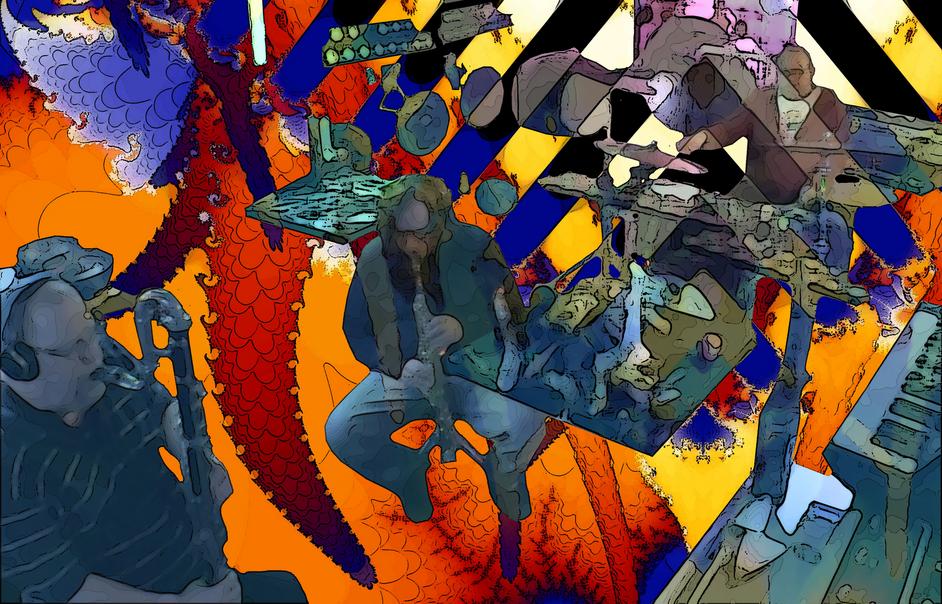 Word is that after many years and perhaps 100 discs, LoF drummer, Yuri Zbitnov is finally retiring from all Leap of Faith projects. This trio also features the newest member of the Leap of Faith, Mike Caglianone, mostly on reeds & percussion.

This disc starts off with just a spacious layer of percussion, cymbals, drums, gongs, bells, tapped, rubbed or even bowed with selective reverb used to enhance the sound. There is immense suspense being evoked, slowly one reed instrument enters at a time, mostly low-end terrain, the eerie vibe slowly building. Both PEK and Mr. Caglianone mostly concentrate on one instrument at a time. The drumming by Mr. Zbitnov is often at the center here as he navigates the flow or stream which connects the other members. Sometimes whipping up a strong storm force, sometimes quietly balancing the rhythmic flow in between periods of space. Zbitnov is a master drummer and his presence will certainly be missed in the future for Leap of Faith and their offshoot clan. No matter who is soloing, Mr. Zbitnov knows how to accompany and push them higher, to whatever the next level is. This trio is a more modest, less turbulent one most of the time. Consistently impressive throughout and they take their sweet time to get there. 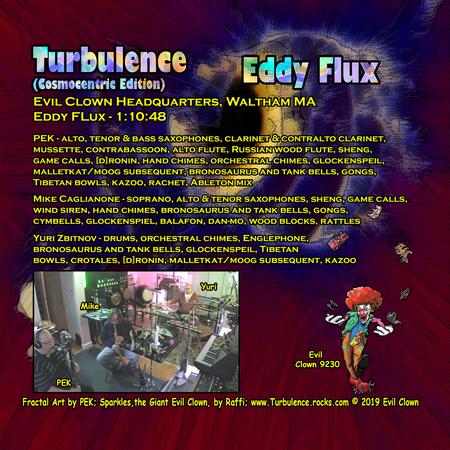 This time, Turbulence is a trio with two horn players and a drummer. Sax player Mike Caglianone came to EC recently by way of a great Mission Creep show. He and I played really well with each other right off the bat, and I immediately recruited him for Evil Clown. Mike and I both have improvisation styles which feature a strong emphasis on phrasing: I’ve found that players with this approach are very easy to improvise with. Imitation, interlocking lines, motivic exchanges and other key improvisation techniques naturally flow from a phrasing perspective.

In the 90s, Yuri and I played with the great sax player Raqib Hassan in various settings, including Cosmocentric Trio (two saxes & drums). Of course, this is the same instrumentation as this new trio format, and during The Conception of Sense performance at Outpost 186, Yuri busted out the Sun Ra Saturn chant which was a staple of The Cosmocentric Trio! In Tribute to Raqib, we present Turbulence (Cosmocentric Edition) – Eddy Flux.

As the Evil Clown story unfolds, we have some ensemble variations which immediately gel deeply and bear repeating. This was the third performance by this particular trio version of Turbulence in only a few months. 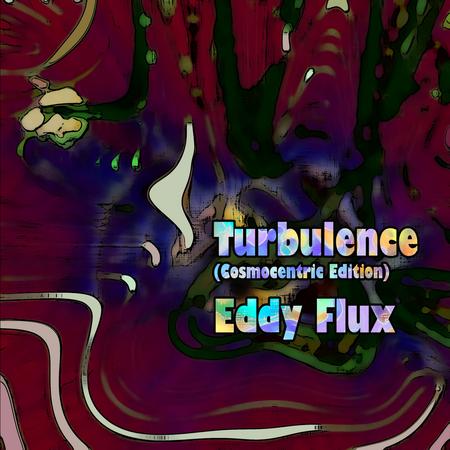 Turbulence is the horn players from the Leap of Faith Orchestra. We have performed a wide range of shows with ensembles ranging from duets to 8 or 9 players. Over half of our recordings are of ensembles comprised of horn players (many of whom play some of the Evil Clown percussion arsenal) but no drummer. Yuri, however, is on a number of the sets adding drum set to the horn band. We also had a special variation of this band, Turbulence Doom Choir, with PEK, Yuri and the tubas of Dave Harris and John Baylies and electronic signal processing until John split Boston for New York.

Here are some great links to Turbulence sets with Yuri at the drums!

These are the subproject, Turbulence Doom Choir, with PEK, Yuri + tubas